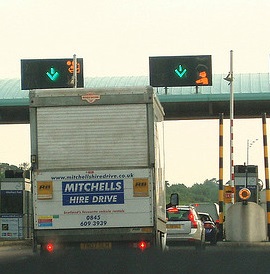 The M6 Toll celebrates its tenth anniversary this week – but the Freight Transport Association (FTA) insist the route is an unrealistic day-to-day option for hauliers.

Running between Cannock and Coleshill, the toll road was originally hailed as a relief road to reduce congestion in the West Midlands.

Malcolm Bingham, Head of Road Network Management Policy at the FTA, said: “Over the past ten years the M6 Toll road has provided an emergency option to bypass the M6 motorway when it is heavily congested and under stress.

“However, from when it was first opened the toll operator set the level of charges way too high for goods vehicle operators and only becomes viable to use when urgent loads need to be moved through the area.”

When it originally opened, it was expected that the M6 Toll road would carry 75,000 vehicles per day, freeing up the congested M6.

However, according to figures provided by operators Midland Expressway Limited, the road was used an average of just 36,000 times a day in 2011-2012.