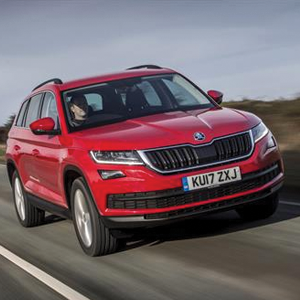 The ŠKODA Kodiaq has added to its remarkable collection of industry accolades with a new title: TopGear Magazine Family SUV of the Year.

Having already been crowned one of the magazine’s Best Cars in the World in 2016, ŠKODA’s innovative seven-seater SUV has reinforced its reputation as the most complete offering in the sector with its 2017 title.

The Kodiaq saw off fierce competition to take top spot in a sector of the market where premium brands often dominate. The TopGear Magazine judging panel praised the Kodiaq’s attention to detail, along with its exceptional value for money.

Commenting on the Kodiaq’s award, Charlie Turner, Editor in Chief of TopGear Magazine said: “The Kodiaq is a brilliantly thought-through, well-executed product.”

ŠKODA’s game-changing large SUV has been grabbing headlines since its arrival earlier this year. It has triumphed in numerous comparison tests and has won five key industry awards, including Auto Express Best Large SUV and What Car? Best Large SUV.

The Kodiaq is ŠKODA’s first seven-seater of the modern era, and the brand’s first foray into the large SUV sector. Launched in the UK in March, the range is set to expand further with the introduction of new Scout and Sportline models. Prices for the Kodiaq range start from £22,190.