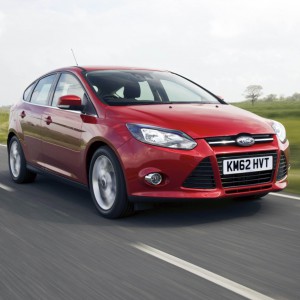 Ford’s new 1.0litre Focus will become the first petrol family car in Europe to break the 100g/km CO2 barrier, it has been announced.

The vehicle – on sale in early 2014 – will offer 99g/km emissions and fuel consumption of 67.5mpg – making it exempt from Vehicle Excise Duty and the London Congestion Charge, and ideal for fleets.

Powered by a specially-calibrated 100PS version of the 1.0litre award-winner, the car will feature Ford ECOnetic Technology including ultra-low rolling resistance tyres, unique aerodynamics under the car and revised gearing.

Barb Samardzich, Vice-President of European Product Development at Ford, said: “Just a couple of years ago few would have thought that a medium-sized petrol car could break the 100g/km CO2 barrier.

“Ford’s 1.0-litre EcoBoost engine has a habit of taking expectations of what a petrol engine can deliver and turning them upside down.”

The International Engine of the Year 2013 makes the new model more powerful than a 1.6litre Focus from less than ten years ago, while producing 47% less CO2.

It will extend to three the number of Focus models offered with the engine, alongside the standard 100PS version, with 109g/km CO2, and the 125PS with 114g/km CO2.