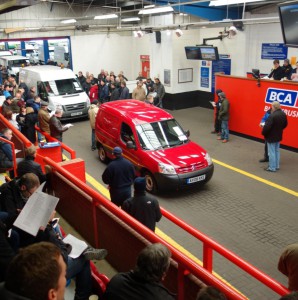 BCA found that professional demand remains strong, despite the market entering one of the traditionally slower times of the year.

However, they have recommended vendors should be valuing stock realistically, as volumes ‘will inevitably rise in the weeks ahead’.

Duncan Ward, General Manager of Commercial Vehicles at BCA, said: “The summer holiday period is typically a weaker time for demand but values have been maintained at a similar level to last month largely as a result of the low levels of supply.

“Trade buyers are continuing to focus on the very best retail vehicles which are routinely making exceptional money, while vans in poor condition may struggle for attention.”

“Sellers should consider adjusting valuations now on poorer condition vans with a view to remarketing them before volumes begin to rise and buyers have more choice from mid-September onwards.”