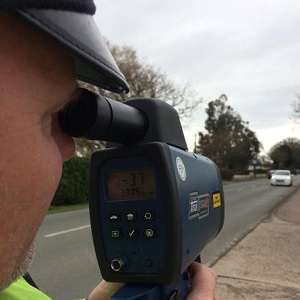 UKROEd, the organisation responsible for managing and administering the National Speed Awareness Course on behalf of the police services of England, Wales and Northern Ireland, welcomes the recently-published Ipsos MORI report which shows that targeting the behaviour of motorists through these courses reduced the likelihood of reoffending within six months by up to 23 per cent.

The report also showed that over a period of three years, taking part in the course was more effective at reducing speed reoffending than a fine and penalty points.

A UKROEd spokesperson said:
“We are very pleased with the evaluation of the National Speed Awareness Course provided by the Ipsos MORI team of independent researchers and analysts. This shows that the courses were more effective over a three-year period at reducing speed than a fixed penalty notice (with a fine and points).

“We have always thought that the course was successful in successfully bringing about a change in driver behaviour, so it is good to have this confirmed by robust, independent evaluation.

“People who attend such a course are also less likely to commit further speeding offences than those who opt to pay a fine and have points on their licences.”

The report is based on data provided for 2.2 million drivers using records made available by 13 police forces in England for the period 2012 to 2017. Of these, 1.4 million had accepted an offer to participate in the National Speed Awareness Course.