Demand for new light commercial vehicle (LCVs) grew in April, rising 3.9% as the market continued to fluctuate, according to the latest figures released today by the Society of Motor Manufacturers and Traders (SMMT). More than 23,500 LCVs were registered by operators in the UK last month, with the growth following a substantial -18.8% decline April 2017. 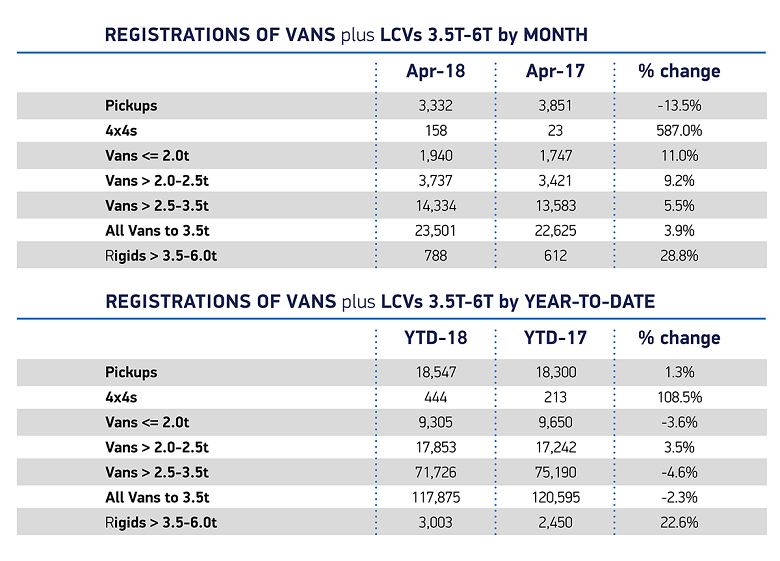 Vans weighing less than 2.0-tonnes experienced the largest rise in the month up 11.0%. Medium and heavier vans followed, up 9.2% and 5.5% respectively, while demand for pickups fell -13.5%. The performance means year-to-date registrations are holding relatively steady, down -2.3%, with 117,875 new LCVs joining British roads since January.