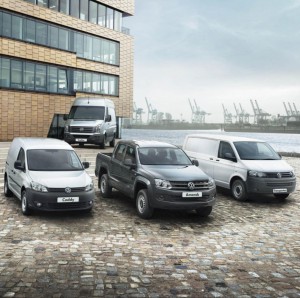 Last month, 8,480 units were produced in the UK, meaning a below-par 48,517 units have been produced so far this year.

The industry has also suffered a fall in export volumes, with just 51% of units going overseas compared to 61% in 2012.

Nigel Base, Commercial Vehicle Manager of the Society of Motor Manufacturers and Traders (SMMT) said: “June’s CV output provides a welcome boost to our commercial vehicle industry, with volumes increasing 1.4% in the month, following a 17% surge in home market demand.

“Year-to-date volumes offer a slightly gloomier picture, falling 13.5% in the first half of 2013 as CV manufacturers continue to feel the effects of weak demand abroad.

“The remainder of the year will be challenging, but strengthening UK demand is expected to support domestic manufacturers of vans, trucks buses and coaches.”

Mike Baunton, Interim Chief Executive of the SMMT, said: “Car output in the UK is building on a strong 2012 when manufacturing performed above pre-recession levels.

“Subdued demand in some European countries has held back production levels this year, but it is encouraging to see a significant rise in volumes destined for UK buyers.

“Our industry is building and developing innovative, high-quality products that appeal to a global customer base and because of this, independent analysts are confident that car output will grow in the long-term despite economic concerns on the continent.”