UK Councils Not On Track For Smart City Delivery 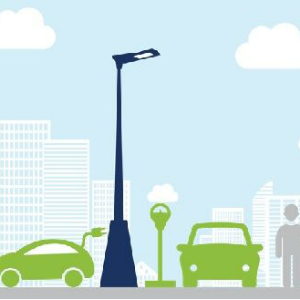 New research released today has highlighted the risk that many local governments are lacking the budget, leadership and capability to progress smart initiatives and connected technology in cities across the UK.

The research reveals that smart cities are not deemed a strategic priority for the majority of councils in the UK, and identifies barriers to delivery that are stifling progress in many local authorities. Without a clear roadmap to delivery from Government and a coherent, cost-effective approach, the UK risks lagging behind other countries with an inconsistent and delayed roll-out of smart cities.

187 councils from across England, Scotland, Wales and Northern Ireland were contacted as part of the research, commissioned by street lighting experts Lucy Zodion and conducted by independent research agency DJS Research. A significant gap was identified between those councils leading the way on smart cities and those not yet engaged: over 80% had little to no involvement with smart cities and few had named smart city leads or teams managing smart implementation. The findings indicate that the UK risks a three-tiered approach to smart cities delivery, with those early-adopters who have secured funding striving ahead, leaving those without resources unable to make progress, and many more still yet to grasp the potential benefits available.

Five major barriers to delivery were highlighted during the research: a lack of funding, a lack of internal prioritisation, a lack of evidence, insufficient collaboration, and a general lack of confidence amongst council leaders. A model of momentum, identifying six key stages on a council’s road to smart cities, also maps out the lag between those leading in smart cities and those yet to engage.

John Fox, managing director of Lucy Zodion, said: “Local authorities hold the key to unlocking the benefits of smart connected cities, yet this research has identified fundamental barriers to a consistent and cost-effective roll-out and significant differences to the approach to smart cities across the country.

“It is evident that we need leadership to make smart cities work: leadership from government to provide a clearer path to delivery and leadership from local authorities to create an over-arching strategy to suit individual cities. It is only when councils are able to make smart cities a strategic priority and work together to implement them efficiently, putting the citizen at the centre of their plans, will we be able to realise the potential of our future cities.”

The report identifies recommendations to optimise a smart city transition, from the creation of an over-arching strategy to establish leadership and objectives to engaging citizens to ensure services developed meet the needs of those living and working in the city.