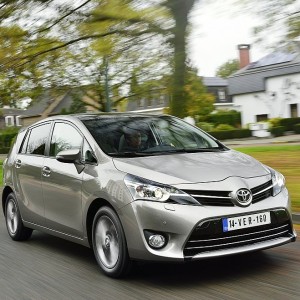 Toyota’s new Verso will hit UK dealerships in March, it has been revealed.

The compact MPV will offer improved fuel efficiency and emissions compared to the outgoing model, with figures from 62.8mpg and 119g/km.

The Verso will also be the first Toyota to use a new 1.6litre D-4D diesel engine from BMW, paired with six-speed transmission with stop-start technology.

The Verso’s new Trend grade will slot between the Icon and Excel models, and include five-spoke alloy wheels, front fog lamps and rear privacy glass.

Top-of-the-range, the Excel variant will include auto wipers, headlamps and dimming rear view mirror as standard, building on kit including air conditioning and Bluetooth.

Prices for the 2014 Verso range will be announced in the New Year, with order books opening in February.