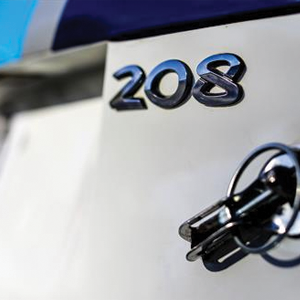 With the final round of the 2017 208 Rally Cup – the Rallye du Var – taking place this weekend in the south of France, where the battle to win an FIA European Rally Championship programme with the PEUGEOT Rally Academy will be settled.

PEUGEOT SPORT is pleased to reveal the calendar of its one-make series for 2018. The R2-based series promises to be as fiercely competitive as ever, with an attractive prize fund and a distinctly international flavour.

A menu of three separate classifications will allow participants to progress in the sport. The winner of the Over 27 class will win a participation in a Rencontres Peugeot Sport race in a PEUGEOT 208 Racing Cup, the winner of the Under 27 (U27) category will be rewarded with a programme in the 2019 FIA European RallyChampionship’s U28 class in a PEUGEOT 208 T16, and the winner of the Under 23 (U23) class – if he or she doesn’t also top the U27 standings – will earn a six-event programme in the FIA EuropeanRally Championship’s ERC 3 classification. As in 2017, with the support of EUROSPORT, the best-placed U23 crew at the 208 RallyCup’s midpoint will be invited to attend the FIA European Rally Championship’s intensive Junior Experience coaching programme.

An attractive prize fund, increased tyre bonuses thanks to PEUGEOT SPORT’s partnership with MICHELIN, and a flexible entry process have been introduced to make the formula even more accessible. A prize fund of €20,800 will be up for grabs at every round, a Michelin Loyalty scheme will allow participants to benefit from two free tyres for their fourth, fifth, sixth and seventh participations, while a choice of entry formulae will allow competitors to choose from a Discovery Pack, an Extended Discovery Pack (will full prizes available) and half-price entry fees for the Rallye Terre des Cardabelles Millau-Aveyron and the Rallye du Var.

“For 35 years now, PEUGEOT SPORT’s one-make rally series has remained true to both the PEUGEOT brand’s DNA and its commitment to motorsport. Over the past five years, it has seen participants go head-to-head in the PEUGEOT 208 Racing Cup which is a reliable, competitive car that offers a great trade-off in terms of price and performance. A long list of talented young drivers has emerged thanks to our one-make competitions, including Gilles PANIZZI [1992], Sébastien OGIER [2007] and Kevin ABBRING [2013].”

“The 208 Rally Cup is not only exciting but also a great way to progress. The level of competition is particularly high and our formula always attracts drivers from outside of France. Both this year and next, we have sought to place the accent on the grooming of young drivers, with a chance to take part in the European Rally Championship’s Junior Experience coaching scheme with backing from EUROSPORT. We also offer a choice of entry options and a carefully-scheduled calendar that delivers a range of challenges within the framework of the FFSA French Rally Championship. The 208 Rally Cup is both fun and affordable.