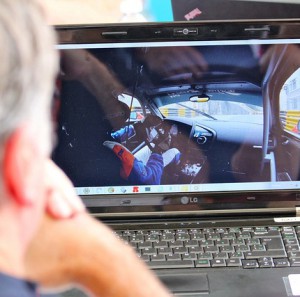 Manchester-based VUE have launched the new company following research into the impact of on-board cameras on attitudes and behaviours among LGV drivers.

The study, undertaken by B.S.A.P and independently analysed by Dr Julie Gandolfi of Driving Research, found on-board cameras and data recorders had a positive effect on driver performance.

It found that the effect was particularly positive when implemented with a corresponding feedback and coaching intervention.

The study also showed the application of a coaching style intervention from line managers is critical to achieving behavioural change and gaining the safety benefits of using CCTV and data recording technology.

Glen Mullins, Managing Director of VUE, claimed his new company will be of particular interest to the fleet insurance sector, as well as fleet owners.

“We work with a number of insurance companies who share our belief that CCTV technology can improve driver behaviours and attitudes, with the result of improving safety on the roads,” he said.

“Our research also suggests that the quality and frequency of the coaching intervention is likely to have a significant effect on the magnitude of benefit experienced.

“This is why reVUE will deliver a professional train-the-trainer approach, using experienced driver behavioural experts to help transport managers analyse and interpret real footage and share feedback in a positive vein following a structured procedure.

“We hope to help as many fleet owners as possible reduce the number of accidents their drivers have, improve safety for other road users and minimise the risks insurance companies are exposed to.”

reVUE will utilise the data recording technology provided by VUE CCTV, which captures and bookmarks instances of excessive G-force, speed and heavy braking, as well as recoding driver behaviour.

VUE’s technology allows information to be sent via the mobile network and video footage is captured even when the vehicle’s engine is switched off.