The Success Of The BMW 5 Series Continues 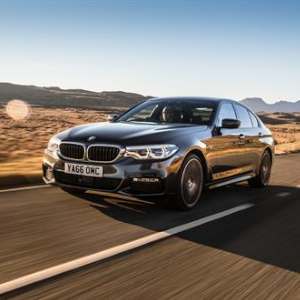 The BMW X1 won the Premium Crossover category and taking home the award for the Best Plug-in Hybrid for 2018, the BMW 330e secured its success within the business market.

The BMW 5 Series was commended for its ride quality, connectivity and low running costs.

“Everything from connectivity and technology to running costs and the driver experience is excellent, and makes the 5-Series the most rewarding of company cars for both the driver and the business operator. That’s why it’s both our CCT100 Car of the Year and our Executive Car of the Year” Company Car Today Editor, Paul Barker.

Launched in 2016, the BMW 330e Saloon has gone from strength to strength. Now, once again, its success continues with the award of Best Plug-in Hybrid.

Awards judges were impressed by the model’s all-round business credentials, which make it an appealing choice for both company car drivers and fleet managers.

Commenting on the win, Paul Barker, Editor at Company Car Today, said: “The 330e is playing a big part in establishing plug-in hybrids as a logical part of company car operations, and therefore is an excellent choice as our PHEV of the Year.”

BMW’s compact Sports Activity Vehicle, the X1, has been a huge success since its launch in 2009. Now, the second generation model has won the award for the Premium Crossover for its appealing driving characteristics, practicality, residual values and low running costs.

The inaugural Company Car Today CCT100 Awards spotlight the top company car choices and give fleets the best options for their business car operations. This is the first year that the awards have been held, following the launch of Company Car Today in 2017.

The BMW 5 Series beat the competition thanks to its comfortable ride and quality, innovative technology, low emissions and price.

At the awards, What Car? judges, said: “Last year’s Car of the Year remains plush and comfy enough to worry cars which cost twice as much. BMW’s iDrive system helps here, too, as it’s one of the most user-friendly set-ups around.”

Launched in 2017, the BMW 5 Series Saloon features the very latest technology from within BMW and is more refined than ever before, significantly lighter, safer, and more fuel efficient.

In addition to the outright accolade, the BMW 5 Series Touring model received a price point plaudit in the category of the Best Estate Car for more than £25,000.

Commenting on the win, What Car? judges, said: “The 5 Series Touring is one of the most complete cars money can buy – spacious, comfortable and great to drive. This 520d offers class-leading refinement, and you get plenty of kit even on SE models.”