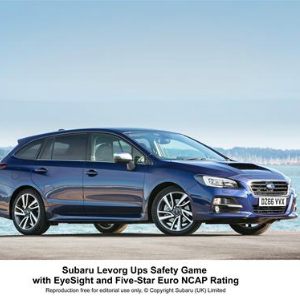 While systems from other manufacturers use various sensor technologies such as camera and radar or microwaves, EyeSight functions purely optically.  The Subaru technicians have placed two camera lenses to the left and right of the rear-view mirror that together create a stereoscopic image.

Pre-Collision braking can also reliably capture pedestrians in dark clothing in un-lit areas, as commonly found throughout rural areas of the UK, and when needed initiate emergency braking. Up to a speed of 28mph accidents can be completely avoided and the severity significantly reduced at higher speeds.

In 2015, Subaru released data from a survey of traffic accidents involving Subaru vehicles in Japan from 2010 to 2014. The data revealed a 61% reduction in crashes for vehicles equipped with EyeSight, compared to those without.