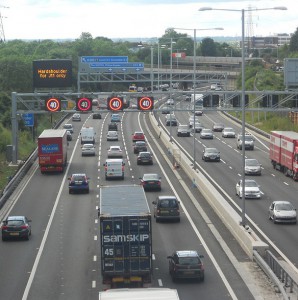 George Osborne announced yesterday that the bumper investment is earmarked for the period beginning 2015, recognising improved transport links are vital for economic recovery.

He told the House of Commons the government is planning ‘the largest programme of investment in our roads for half a century’.

However, the Department for Transport will suffer cuts of 9% in their day-to-day spending, while 144,000 public sector workers are in danger of being axed.

This means public sector fleets are at risk, as local authorities look to make similar savings to those by central government.

Danny Alexander, Chief Secretary to the Treasury, will reveal infrastructure plans in further detail from 10.30am today.

Here are the reactions of several key automotive industry bodies:

The BVRLA said they welcomed the Chancellor’s message that capital investment in roads and other transport infrastructure needs to be a priority.

However, they also insisted that Britain’s existing road network needs much greater attention.

Gerry Keaney, Chief Executive of the BVRLA, said: “We welcome the Chancellor’s clear message that capital investment in roads and other transport infrastructure needs to be a priority.

“Nine out of ten passenger miles are travelled on UK roads, as is the majority of freight movement.

“Britain urgently requires major investment in its roads and road maintenance and we would urge the government to look at a fairer distribution of the £47billion raised in motoring taxes each year.

The FTA said they welcome Mr Osborne’s recognition that investment in transport is a vital route to economic recovery.

James Hookham, Policy and Communications Managing Director at the FTA, said: “We welcome the additional funding for infrastructure projects announced today, and are anxious to work with the government to make sure it is invested in those projects on which economic recovery depends.

“The Chancellor is right to recognise that transport investment is key to the economic recovery; however it is vital that the money made available today is put to work in the right places to deliver the biggest possible benefit to the country.

“Our list of Trade Routes, which has been supplied to the Treasury, maps where these priorities are in the country.”

Louise Ellman MP, Chair of the Transport Committee, said: “An effective road network is essential for our economy and a strategic assessment of how best to provide this is long overdue.

“We will consider the Government’s forthcoming proposals for improving our roads, and the implications for all road users.”