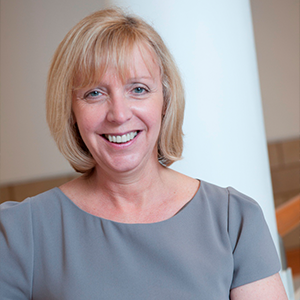 Former Senior Traffic Commissioner for Great Britain and SOE Patron, Beverley Bell, has been awarded for her service to the road transport industry with a CBE.

Appointed as the Senior Traffic Commissioner in 2011, Beverley took up her role as SOE Patron in 2016, and has influenced the sector significantly through both roles.

When reacting to the announcement, Beverley said: “I am surprised and delighted in equal measure to be honoured in this way. I feel it is reward, not just for me, but for my fellow Traffic Commissioners and all the staff working on our behalf.”

Beverley was appointed Traffic Commissioner for the North West of England in 2000, and has been an honorary fellow of SOE since 2010, having previously worked as a solicitor, specialising in criminal and transport law.

“Our job is to regulate and promote in what is generally a fabulous industry. Now I have finished in my role as Senior Traffic Commissioner, I will be concentrating on working with the industry steering group, working on behalf of, and further improving the image of the transport sector,” said Beverley.

Ian Chisholm, Chief Executive of SOE, said: “Beverley fully deserves to be recognised for her tireless work in road transport and, having worked with her for over a year, I have seen first-hand how devoted she is this industry’s progression.”