Seat Leon Triumphs At The What Car? Awards 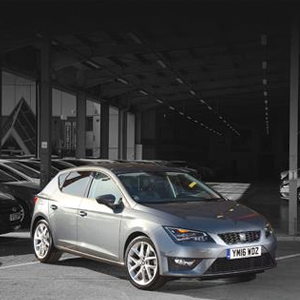 Seat’s popular Leon hatchback has emerged triumphant at the What Car? Used Car of the Year Awards; fending off stiff competition from 14 other winners to be named the best used car on UK forecourts today.

Introduced in 2013, the latest iteration of Seat’s family hatchback attracted plaudits for its unbeatable combination of driving dynamics, quality, safety and kerb appeal. In the family car category, the Leon beat the Kia Cee’d and Ford Focus.

Audi also proved successful, with the Audi Q7, Audi TT and Audi R8 taking the best used luxury SUV, best used coupe and best used sports car titles respectively. However, the Leon managed to beat its Audi A3, Volkswagen Golf and Skoda Octavia siblings as the only one of the quartet to feature in the shortlist.

The 15 What Car? Used Car of the Year Winners were categorised into age groups to reflect the choice available on the used car market. The final decision on winners was taken by a panel of experts, based on the main criteria of quality, reliability, value and the availability of desirable versions with the Leon coming out on top.

Other notable winners were Ford and BMW, each taking three category wins. Renault’s electric Zoe supermini celebrated its fifth birthday this year, and was named the victor in the green car of the year category as the latest generation of EVs become attractive used propositions.

proves what a wealth of fantastic cars are now available to used car buyers.

“Our overall winner, the 2013-on Seat Leon not only offers outstanding value for money, but also manages to cram in a dash of flair that makes it a delight to live with, with sharp handling and great looks. Throw in a smart and well laid out interior, plenty of space for the whole family and a solid reliability record and the Leon makes a very compelling choice.

“Given how much it offers, it isn’t hard to see why the Leon won its age group, and indeed, the Best Used Family Car category. Against other category winners, though, it had a tougher fight: the 2008-2017 Ford Fiesta runs it close for value, for example; the 2012-2017 Mazda CX-5 goes just as far above and beyond its remit; while the 2010-2017 BMW 5 Series is the most accomplished used luxury car out there. But in the end, the Leon’s blend of quality, practicality, character and keen pricing gave it the edge. It’s a worthy winner of our 2018 Used Car of the Year Award.”

What Car? is a leading source of used car insights, regularly pitting used cars against each other in group tests to find out which is the best, as well as a used car twin-test in every issue.