Sainsbury’s launch lorry with an eye for cyclist safety 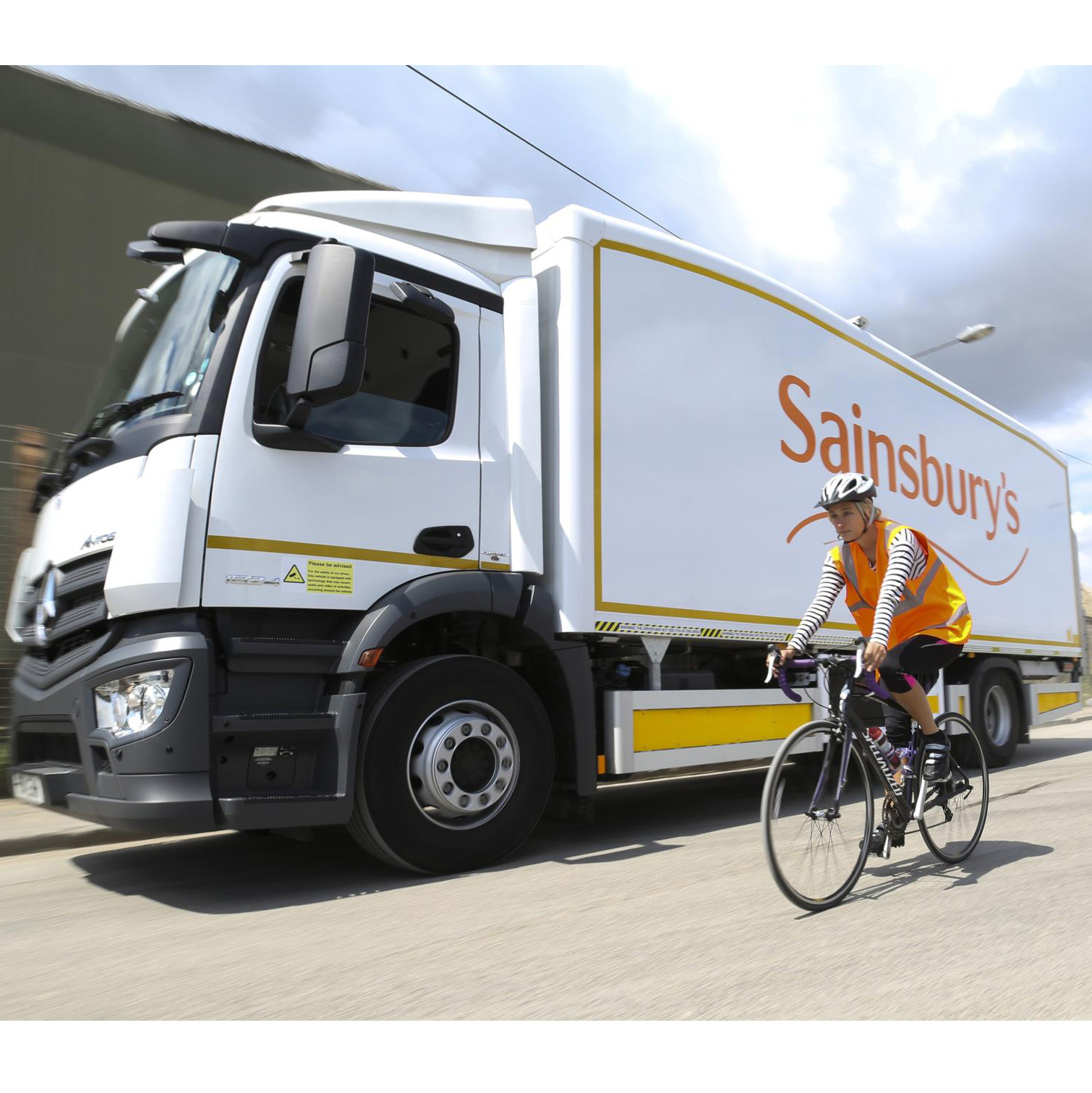 The future of inner-city delivery?

Sainsbury’s recently launched a unique lorry designed specifically for the safety of cyclists and pedestrians.

The vehicle, a Mercedes-Benz Antos 1824L – was unveiled by Mayor of London Boris Johnson at City Hall and is a join collaboration between Solomon and Mercedes-Benz.

Retail and Operations Director Roger Burnley said: “This is an important step in our work to make London’s roads safer. We’ve put an enormous amount of thought and research into creating a truck that we hope will be the safest on the road – for all road users.”

The lorry features 360 degree monitors, extra side lighting for road users at night and low side guards for cyclist safety. Its full safety features include:

The new Mercedes-Benz Antos heavy-duty distribution range will replace the current fleet of Axor and Actros day cab models. The model range covers 18 or 26-tonne rigid, as a 4×2, 6×2, or on-road 6×4 tractor units.

James Colbourne, Head of Strategic Accounts – Trucks, Mercedes-Benz UK, said: “Working in partnership with Sainsbury’s has been an extremely positive and educational experience. In building these vehicles Sainsbury’s have invested heavily in the safety of both cyclists and pedestrians and have built what can only be described as a fleet of some of the safest vehicles on the road.”