RHA to host Scottish Conference ahead of landmark 2014 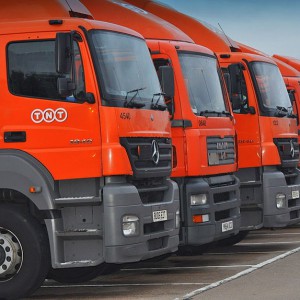 SPECIAL: 2014 set to be big for Scotland

The Road Haulage Association (RHA) are to present a free Scottish Conference at Glasgow’s Hampden Park next week, in preparation for the country’s huge 2014.

Next year will be busy for Scottish hauliers; the country hosts the biggest ever re-enactment of the Battle of Bannockburn in June, the Commonwealth Games in July and the Ryder Cup in September.

Scotland will also celebrate the Scottish Year of Homecoming; a year-long programme of events and activities to showcase all that is great about Scotland.

The RHA are hosting their free conference on September 10 to focus on Scottish hauliers and the country’s haulage industry.

Top of the day’s agenda is the Scottish independence referendum, with Scotland’s Deputy First Minister, Nicola Sturgeon, and Deputy Leader of the Scottish Labour Party, Anas Sarwar, both present.

The RHA will also welcome John Fryer from Glasgow 2014, while Hugh Gilles of Transport Scotland will give an overview of keeping Scotland moving during 2014.

Head of Road Policing, Superintendent Iain Murray from Police Scotland, will present details of the road safety strategy for the A9.

Phil Flanders, Director for Scotland and Northern Ireland at the RHA, said: “Next year is going to be massive for this country.

“These events represent the perfect opportunity to showcase all that is good about Scotland and will also provide a tremendous boost to the Scottish economy.

“However, the success of all these events will rely heavily on a logistic network that is able to deliver.

“I can guarantee that operators attending the RHA’s Scottish Conference will have a better understanding of what to expect during the biggest logistic exercise this country has ever seen”.