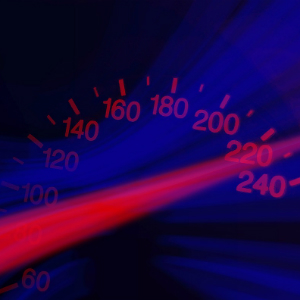 10,000 UK drivers were asked by car dealership Citygate what they consider to be the biggest causes of accidents on Britain’s roads.

41% of those surveyed said that they believe speeding drivers are the biggest cause of road accidents – an opinion that’s supported by data from RoSPA, which revealed that 14% of drivers routinely break speed limits.

When it comes to speeding, 48% of women believe breaking the limit is the main reason for road accidents, compared to 39% of men – suggesting that men and women may have different perceptions about the dangers drivers and pedestrians face when driving at an increased speed.

Last year, the Mirror reported that 67 people were killed in mobile phone-related car accidents in the previous three years – and with almost 40% of the vote, those surveyed seem to agree that mobile phone use is an ongoing danger to road users across Britain.

30% of participants cited in-car distractions as the main cause of motoring mishaps, supported by data from road safety charity Brake – which suggested that 22% of crashes could be caused by driver distraction.

Drivers’ attention spans proved a particular concern for men aged between 35 and 44, who gave in-car distractions just over a third of their vote.

In spite of ongoing shocking THINK! campaigns and 687 drink driving convictions in London alone in the last five years, just 29% of those surveyed believed driving under the influence was causing chaos on Britain’s roads – highlighting a lack of awareness when it comes to car accidents throughout the UK.

The survey also revealed a clear generational divide – with 52% of voters over 65 citing driving while intoxicated as the greatest danger to other road users.

According to Autocar, driver error is the most common contributor to road accidents – but almost a quarter of those surveyed by Citygate were quick to blame other road users for Britain’s collisions.

Faulty vehicles also came under fire in the survey – with 10% of respondents saying they believed malfunctioning motors were at fault, rather than pointing fingers at the drivers themselves.

Some respondents gave us their own two cents when it came to what influenced car accidents in Britain – with other answers including confusing road layouts, not looking ahead for other vehicles and poor driving in general.

Steven Crouch, Marketing Manager at Citygate said: “These results are revealing and insightful when it comes to understanding just how little the UK knows about road traffic accidents. In an age where we seem unable to live without our smartphones, we would have expected to see mobile phone use coming out as the top answer.”

What do you think are the biggest causes of road accidents?

– Driving under the influence: 29%

Give us your thoughts on the greatest dangers on the roads? Do drivers need to take more responsibility or are other factors to blame?