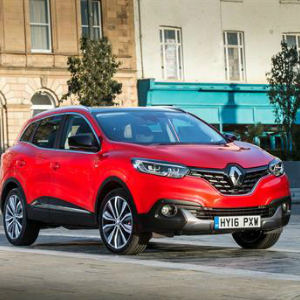 Renault UK car sales were up 15 per cent during the first nine months of 2016 to 68,109 vehicles – the best first nine months for the brand since 2010 and considerably outpacing the car market growth of 2.5 per cent, according to the official figures released today from the Society of Motor Manufacturers and Traders (SMMT).

Renault’s performance represents a year-to-date car market share of 3.6 per cent – an increase of 0.4 percentage points against the same period in 2015.

Groupe Renault, which comprises Renault cars, vans and Dacia, has experienced unprecedented growth over the last three years, consistently outpacing the UK market. This growth has continued into 2016 with 108,707 Group vehicles being sold year-to-date for a market share of 4.4 per cent – up 11.8 per cent and almost double that of the total market growth rate of 2.5 per cent. Of that total, Renault cars represented 68,109 vehicles (up 15 per cent), Renault vans 19,625vehicles (up 11.3 per cent) and Dacia 20,921 vehicles (up 2.6 per cent).

Commenting on the results, Paul Flanagan, Managing Director, Groupe Renault UK and Ireland, said: “To achieve such a fantastic result in the month of September is remarkable and proves that, as the youngest range in Europe, our vehicles are genuinely standing out to buyers amongst competitors. Renault UK has been breaking records throughout the first nine months of the year and I’m confident we will see that trend carry on into the final quarter of 2016, especially with the imminent arrival of All-New Scenic and Grand Scenic as well as an updated ZOE that now offers a longer range than any other mainstream electric vehicle.”