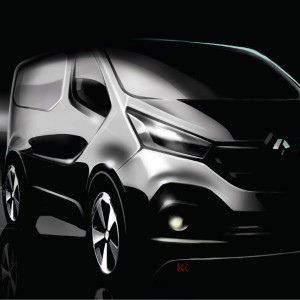 The all-new Renault Trafic and Vauxhall Vivaro will hit the UK in summer.

Renault and Vauxhall have revealed the first glimpses of the forthcoming models, with both receiving significant makeovers.

“My aim was to achieve a dynamic, assertive stance without sacrificing either the robustness or user-friendliness customers expect of their van.”

Meanwhile, the new Vivaro will also benefit from a new design, new engines and new technologies, improving economy and performance.

Further information about both vehicles will be released in due course.