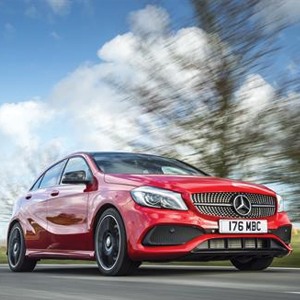 Mercedes-Benz Cars UK ended 2017 on a high, with record sales of 179,000 cars and a record market share of over seven per cent.

It is the eighth consecutive year of growing sales for Mercedes-Benz, placing the brand fourth in the UK market and first among premium manufacturers, with a range spanning from the A-Class hatchback to the luxurious S-Class.

“We’re pleased to have recorded six per cent growth in a particularly challenging market, registering 179,000 new cars and achieving a market share of seven per cent,” said Gary Savage, Managing Director of Mercedes-Benz Cars UK. “We have achieved this thanks to the professionalism, dedication and hard work of our retailer network – a network that we regard as the best in the UK.”

The biggest seller was the A-Class, over 43,000 of which were registered, while SUV sales grew by 16 per cent to 36,000. The E-Class and S-Class retained their leading positions, while G-Class sales grew over 30 per cent, to achieve a record UK sales year for the model.

Mercedes-AMG model sales grew by 38 per cent in 2017, with growth provided by the new 43 model-range, available across C-Class, SLC, GLC, E-Class and GLE models.

The smart brand recorded its third-largest ever sales year, with over 10,000 cars registered in a challenging market sector which was down by 13 per cent.