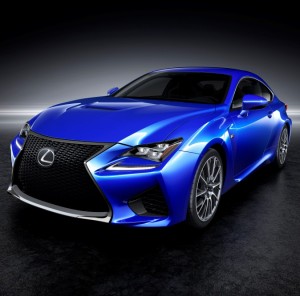 Lexus’ new RC F will be equipped with the manufacturer’s most powerful V8 engine yet, it has been revealed.

Generating more than 450hp, the high-performance RC F will also boast world-first use of a Torque Vectoring Differential in a front-engine/rear-wheel-drive sports car.

Designed to raise driving enjoyment by increasing traction and control, the system has three operating modes – standard, slalom and track.

Lexus have harnessed the 5.0litre engine’s potential with the best-possible efficiency by employing a newly-calibrated eight-speed transmission.

Yukihiko Yaguchi, RC F Chief Engineer at Lexus, said: “I’ve built the RC F to be enjoyed by all enthusiasts, no matter what their level of expertise.

“There’s a false perception that racing cars are hard to drive.

“In fact, they’re easy in the right hands because they’ve been purpose-built for the skill level of their drivers.

“Electronics can be modified instantly on board to provide appropriate levels of performance and protection.

“But even at its basic setting, it’s a blast!”

The RC F features its own interpretation of the Lexus signature spindle grille, while the front of the bonnet is set higher than on the RC.

It is paired with ten-spoke 19inch forged aluminium wheels, with three versions available, including one that’s hand-polished by craftsmen.