Only One In Three Car Owners Sticking With Diesel 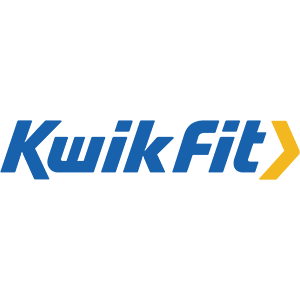 Car manufacturers are currently offering significant scrappage deals on old diesel cars to tempt buyers to upgrade to a new model, but new research suggests that it will need major price reductions to get motorists on to their forecourts.

A study released today by Kwik Fit has found that only one in six (16%) of those considering a new car in the next two years are planning on buying a diesel, compared to 42% opting for petrol, 19% choosing a hybrid, and 8% preparing to go fully electric1.

More than half (51%) of diesel car owners are considering changing their car in the next two years. However, of the 11.4million drivers whose main car is a diesel, only just over a third (36%) will choose another diesel car. In contrast, almost half (46%) will switch to other engine types – 19% to hybrids, 18% to petrol and 9% to electric motors.

The research for Kwik Fit, the UK’s leading automotive servicing and repair company, found that some car buyers could be tempted to opt for the latest diesel models. However, they would need hefty discounts to do so. The average motorist would want a new diesel car to be 18.4% cheaper than the petrol equivalent for them to consider buying it. Those who currently drive a diesel would not need as large an incentive to stick with a diesel car, but would still want an average 13.5% off the windscreen sticker price, compared to the 21.7% discount wanted by the average petrol car driver.

35% say they would not buy a new diesel car, no matter how cheap it was. Conversely, 12%, or 5.9 million people, say that they would not need any discount compared to a petrol version to consider a new diesel car. This is over three times more likely to be the case for current diesel drivers than those with petrol cars (27% v 8%).

Kwik Fit’s study also looked at whether motorists felt that the recent announcement by the Government of its plan to eradicate petrol and diesel cars by 2040 was an achievable goal. The nation is even split on the issue, with 45% saying that it is likely that the government will achieve its plan and 42% believing it is unlikely (17% think it is extremely unlikely). Those drivers who have experience of alternative fuel are much more positive about reaching the target – 74% of hybrid drivers and 81% of those with electric cars think the government will achieve its aim.

Roger Griggs, communications director at Kwik Fit, says: “This study shows that the recent media coverage of diesel engines has had a real impact on people’s plans for their next car. Clearly not everyone can afford to buy a new car and many people will be concerned about how they can ensure their existing car runs as efficiently and affordably as possible. Whatever type of car drivers have, whether it’s diesel, petrol, hybrid or fully electric, it’s important to have it regularly serviced as this is vital in maintaining performance levels.

“And as October is Tyre Safety month it’s worth remembering how crucial tyre pressure is in fuel economy. Even the most efficient engine will be affected by tyres that are underinflated, so drivers should regularly check their pressures.”