Only One In Ten Drivers Have Gap Insurance 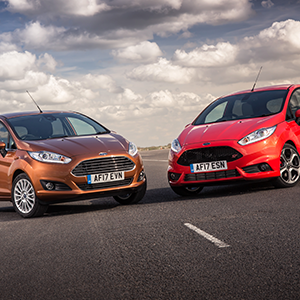 Cars sales in the UK may have slowed in recent months, following 2016’s record high, yet many drivers are still in the dark about how they protect their investment, according to a new Opinium survey of 2000 UK drivers commissioned by InsuretheGap.com.

Only a quarter (28%) of drivers say that they are familiar with GAP Insurance, with more than two thirds (72%) stating that they are either not familiar, or have never heard of this type of insurance, which may explain why only one in ten (11%) drivers have it.

If a car is written off or stolen, the insurance company will only pay the value of the car at the time of the incident, not the amount paid for it.  One in five drivers have had a car written off, according to the research, and a third of drivers are unaware that they could lose thousands of pounds if this happens, so it would pay drivers to know that GAP insurance exists to protect them from this ‘gap’ in their finances.

Four fifths (81%) of drivers buy GAP insurance from car dealerships or car manufacturers, when they could buy a better value policy from an independent specialist insurer.  InsuretheGap.com’s policies start from just £54.55*.

David Glenwright from Birmingham bought a second-hand Vauxhall Corsa and was quoted £299 for a GAP policy from the dealership, compared to an £84 policy from InsureTheGap.com for the same 36-month Return to Invoice GAP Insurance.  “To be able to save hundreds of pounds on the same insurance is an absolute no brainer and I’m so pleased that I knew that I could shop around for GAP insurance rather than being tied to the dealership’s expensive policy.”

In 2015 the Financial Conduct Authority (FCA) clamped down on dealerships selling GAP insurance and introduced a four-day breathing space period to allow consumers to shop around and not to feel pressurised by the face-to-face sales’ environment.

Ben Wooltorton, Director, InsuretheGap.com, said: “Cars depreciate ridiculously quickly, and if a car is written off, drivers risk losing thousands of pounds. It seems that many people aren’t aware of this, and for many the first time they learn about it is when they are offered GAP Insurance by the car dealership.”

Wooltorton continues, “However the protection offered by car dealerships and manufacturers tends to be expensive. Cover is available at a fraction of the price from standalone insurance specialists like InsuretheGAP.com. Our policies start from just £54.55.”