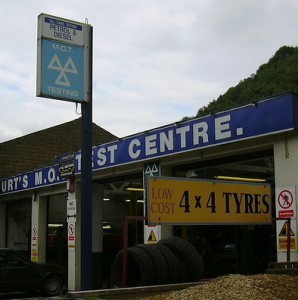 CONFIDENCE: One in five left shocked

One in five motorists are in for a shock come their next MOT, after research showed at least 20% drivers wrongly believe their vehicle will pass.

The Autoglass study found that while 60-70% of cars typically pass their MOT test, an overwhelming 90% of drivers are confident their vehicle make the grade.

This means 20% of drivers, at the very least, are in for a nasty surprise when their vehicle fails.

The poll also identified 24% of drivers service their vehicles less frequently than the recommended once a year, while almost 6% do not know when their next MOT test is due.

Furthermore, while 86% agree the MOT test helps ensure the vehicle is roadworthy, only two in three (67%) feel the test is to ensure road user safety.

Indeed, shockingly, 17% of motorists admitted to driving without a valid MOT, with one in ten delaying the test due to cost issues.

When it comes to safety in general, awareness of the importance of some crucial vehicle components appears relatively low.

Only just over half (58%) of motorists put seatbelts in their top four priorities for safety, while only 25% said they would prioritise airbags, and 12% the windscreen.

However, separate testing by Autoglass has found that the windscreen provides up to 30% of a vehicle’s structural strength and also supports the deployment of passenger airbags.

In addition, the ability of the windscreen to remain in position reduces the risk of passengers being ejected in roll-over accidents, even when the passenger is wearing a seat belt.

Jeremy Rochfort, National Sales Manager at Autoglass, said: “It’s clearly important that drivers monitor the roadworthiness of vehicles for all-year-round safety but the MOT deadline is rightly a big focal point to ensure that all is well.

“It’s worrying that awareness levels of the safety importance of different components tested during an MOT and their importance for safety were found to vary greatly in the YouGov findings.

“Given that both safety and value for money are crucial to everything we do at Autoglass, we’re delighted to give our customers the benefits of both while also helping to raise wider awareness of the importance of the MOT.”