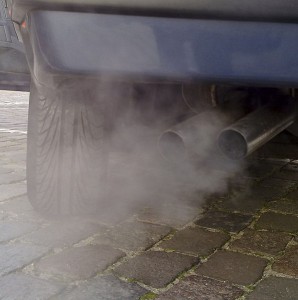 Carbon footprint can also be calculated.

Nick Hardy, Sales and Marketing Director of Ogilvie Fleet, said: “130g/km is the CO2 figure that most organisations are seeking to beat in selecting new vehicles.

“However, what is even more critical to businesses is that the average vehicle CO2 figure across their fleet is below 130g/km.

“That means calculating what the current average CO2 figure is across the fleet, which in the majority of cases remains above that threshold.

“But by taking into account when current vehicles will be replaced, we can forecast the average CO2 figure at selected dates into the future.

“As a result, to ensure the average fleet CO2 figure is below the 130g/km level it may be necessary to set a new vehicle CO2 cap at, for example, 125g/km, 120g/km or even lower to take account of existing fleet vehicles and their contract period.

“Consequently, a business will know that, for example, in 18months’ time it will achieve its objective of reaching a fleet average CO2 emissions figure of 130g/km given current vehicle replacement cycles.

“It can then set about reducing the fleet average even further.

“Our customers are increasingly asking for average CO2 emission projections to enable them to meet their environmental reporting and corporate social responsibility objectives.”

Ogilvie Fleet data has revealed that in 2003 the average CO2 emissions of new company cars delivered to customers was 160g/km.

However, over the following decade that figure has dropped by virtually 25% to 121g/km.

Ogilvie Fleet believe the figure will continue to drop as companies replace older, higher emission models and the range of ultra-low emission vehicles from manufacturers increase.

This year’s introduction of new tax rules relating to capital allowance emission thresholds and the lease rental restriction made 130g/km of CO2 the key benchmark figure for company car selection.

Meanwhile, the introduction of carbon reporting regulations for London Stock Exchange-quoted companies and potentially for other businesses in the future has further turned the spotlight on CO2 emissions.

The regulation could be extended to all large companies as defined by the Department for Business Enterprise and Regulatory Reform – a potential 31,000 businesses – from April 2016.

Regulations include the reporting of emissions from vehicles ‘owned or controlled’ by companies including cars, vans and HGVs.

However, they exclude the mandatory reporting of business travel by means ‘not owned or controlled by the organisation’, which includes employees driving their own vehicles on business trips.

Despite this, the government are asking companies to voluntarily report emission levels linked to those vehicles.