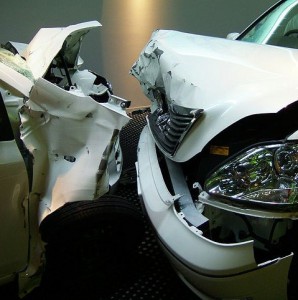 The AA are insisting the government rethink their £100 driving without insurance fixed penalty increase, claiming it is ‘not enough’ to deter offenders.

Under next month’s government motoring offence reforms, uninsured drivers will be fined £300, rather than the £200 they are currently.

However, the AA claim such a rise is ineffective, and fails to tackle the real problem of uninsured young male drivers with previous motoring offences.

Most offenders without insurance, said the AA, will not have MOT or tax, with many also having no driving licence or a previous ban.

Simon Douglas, Director of AA Insurance, said: “For the habitual offender who is used to the inside of a courtroom this is hardly a disincentive, when they can easily obtain another cheap banger for cash, no questions asked, and continue offending.

“One out of every 25 motorists on Britain’s roads is believed to be driving without insurance and that every year uninsured drivers kill 160 and inflict injury on 23,000 innocent people.

“Although the number of uninsured drivers is falling thanks to the introduction of Continuous Insurance Enforcement in 2011, the chances of being hit by an uninsured driver in Britain are still higher than almost anywhere else in Europe.

“The likelihood of a successful recovery of damages from an uninsured driver is extremely low.

“They are often unemployed or on very low incomes – hence the low average fine meted out by the courts – and frequently associated with other criminal activities.”

Offenders may be sent to court because of the seriousness of their offence or elect to do so, with the maximum fine the yet-to-be-imposed £5,000.

Fines are means tested, meaning the average fine is £299, just under the new £300 fixed penalty.

Last year more than half (53%) of court fines for uninsured driving were £200 or less.

This is nine times less than the typical insurance cost for a motorist aged 17-22, with no convictions and a clean licence.

Uninsured drivers cost the UK at least £380million every year, adding about £33 to the cost of every car insurance policy.

An AA spokesperson added: “Although the penalties are already severe, the current regime is clearly not a deterrent.

“Large fines for those who can’t pay them isn’t effective.

“But if uninsured drivers know they’ll quickly be caught then that will act as a big disincentive.

“We need a tough, no-compromise approach to uninsured drivers which should include community service.

“For extreme offenders, electronic tagging or as a last resort, custodial sentences should be considered too.”

In the event of a non-fault collision with an uninsured driver, the victim is likely to lose their excess and no-claim bonus.

However, a claim can be made through the insurance industry-funded MIB, which compensates the victims of crashes caused by uninsured drivers.

A lost no-claim discount will eventually be restored once this recovery, minus an excess, is paid, but it can take many months due to legal proceedings.

AA Insurance offer an ‘uninsured driver promise’ which ensures customers do not lose his or her excess or no-claim discount at all under such circumstances.

Image courtesy of Mr Wabu, with thanks.