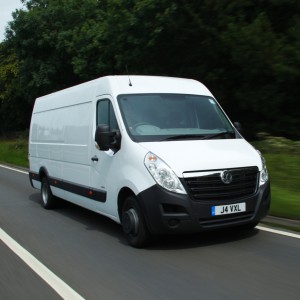 Commercial vehicle output is continuing to suffer a downwards trajectory, with output falling 20% in May to 7,560 units.

Society of Motor Manufacturers and Traders (SMMT) figures show the decline was broadly in line with the 16.1% fall seen during the year-to-date.

It was also revealed that output for the home market showed further growth, but could not offset export losses.

Export volumes were down almost a third in the month and 31.5% for the first five months of 2013.

“2013 is going to be a hard year for the UK’s CV manufacturers but there are pockets of positivity with some areas of the industry experiencing growth as operators take advantage of the wide range of CVs built in the UK.”

Meanwhile, UK manufacturing overall fell 8.4% in May to 129,355, but still outperforms pre-recession levels.

Output during 2013 has remained flat, with demand from the home market continuing to grow, fuelling production rises of more than 25% this year.

Mike Baunton, Interim Chief Executive of the SMMT, said: “Production levels are holding firm for the year so far, testament to the appeal of UK-built products around the world and significant growth in volumes built for the home market.

“While economic challenges abroad will impact on car output in the short-term, high-value investment by global automotive companies sets UK industry on course for prosperity in the long-term.”