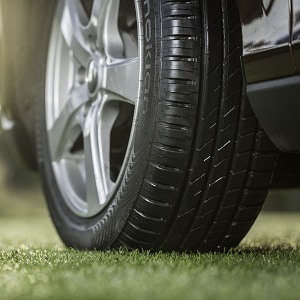 As a pioneering company, Nokian Tyres wants to contribute to tackling climate change and now the company wants to set ambitious science-based climate targets. This May, Nokian Tyres joined the Science Based Targets initiative with the aim of setting more precise targets that are assessed and approved by an external organisation. Nokian Tyres reached its previously set targets to reduce CO2 emissions well ahead of schedule.

– In terms of environmental responsibility, we are already considering the entire product life cycle and all of our functions. Our target for 2020 was a 20% reduction in the CO2 emissions from our factories’ production. By the end of 2017, we had already exceeded 36%. Joining the initiative is a natural continuation of our long-term work for environment, explains Teppo Huovila, who is in charge of the company’s sustainability efforts.

The new climate goals will be linked to the company’s value chain as well as the environmental impacts of products.

– We are continuously developing tyres with an even lower rolling resistance than before, which significantly decreases the GHG (greenhouse gas) emissions generated during their use. For example, the average 7% reduction of the rolling resistance of our tyres sold in 2017 reduce CO2 emissions each year by as much as 54,000 passenger cars emissions annually, Huovila says.

The company targets to achieve approval for Science Based Targets in 2019.

Science Based Targets in brief

The Science Based Targets initiative encourages companies to set scientific targets for combating climate change. The initiative is a partnership between UN Global Compact, CDP (formerly the Carbon Disclosure Project), WRI (World Resources Institute) and WWF (World Wide Fund for Nature) for promoting the best practices in setting scientific climate goals. Furthermore, it independently assesses and approves companies’ and communities’ targets. All participating companies are listed on the Science Based Targets website.