No accidents and remarkable efficiency: Cars ‘will become more like robots’, claims expert 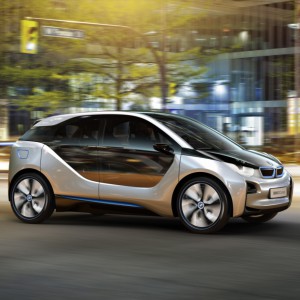 Cars of the future will be more like robots because of population migration to large cities, an expert has claimed.

However, by 2050, the population will have grown to nine million, with 70% crammed into cities.

Speaking at the Frost & Sullivan Urban Mobility conference in London, Mr Parry-Jones said: “The driver will progressively hand over more control to autonomous systems within the car.

“There will be high-precision traffic controls, vehicle platooning, more efficient use of infrastructures and zero accidents.

“Energy use, emissions, productivity, journey times and reliability will all be much better.

“There will be a shift from fossil fuels to electricity, but I think that battery progress will be slow.

“The internal combustion engine will change roles to that of a highly efficient range extender.”

Delegates at the conference were also told car companies will need to stop thinking of themselves as manufacturers, instead as providers of mobility services.

Tony Douglas, responsible for the sales and marketing of the new BMW i alternative powertrain sub-brand, said there would be no need to own a vehicle in the future.

Instead, he claimed, urbanites will rely on a mixture of public transport, cycling, walking and car-sharing schemes to get around.

Furthermore, they will expect to integrate all these mobility options seamlessly via a smartphone.

Robert Henrich, CEO of Daimler Mobility Services, claimed the smartphone is the key to future mobility.

Daimler have their car2go on-demand hire system operating in 21 European and North American cities, and have developed a smartphone app – moovel – integrating alternative forms of transport.

In Stuttgart, they are trialling another app which tells users all the options they have to get to where they want to go.

Meanwhile, BMW have spent €100 million on ‘i ventures’, which include car sharing schemes, help for drivers looking for somewhere to park and access to other forms of transport.

The number of people in global car-sharing schemes is expected to grow from two million today to more than 26million by 2020, which will involve a fleet of 500,000 cars.

It will be fuelled by ‘30-something professionals who have no desire to own a car, but who want access to one when they need it’.

Each car involved in a sharing scheme is reckoned to cost the auto industry ten sales to private customers.