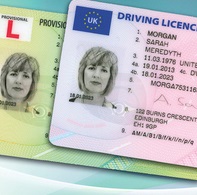 A new style photocard driving licence is being introduced by the DVLA.

The new card, provided by Gemalto (UK), will be released this month, offering a refreshed design and numerous improved security features.

The old driving licence format is still valid and will be updated gradually as they are renewed and replaced.