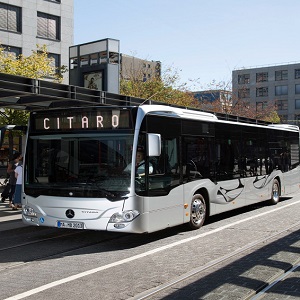 A brand new electric bus range has had its first major order from a provincial operator before it has even been unveiled, as Europe’s major metropolitan areas race to improve air quality.

The new all-electric single-decker Mercedes-Benz Citaro is due to be revealed this summer, but already the city of Hamburg has committed to replacing its entire bus fleet with new EV variants by the start of the next decade, placing an order for the first 20 electric Citaros before a single one has been built.

Till Oberwörder, Head of Daimler Buses, said, “The first major order for our fully electrically powered, [tailpipe] emission-free Citaro has been received even before the official premiere, demonstrating the confidence transport operators have in our concept for electromobility in urban public transport. With the Citaro, we are bringing a major component on the way to emission-free bus traffic to market.”

This is a view shared by Hamburg’s public transport operator, Hamburger Hochbahn AG, where the city buses are seen as a milestone on the way to an entirely green bus fleet.

From 2020 Hamburger Hochbahn AG plans to procure emission-free buses only, with the 20 Citaro EVs it has already ordered going into immediate service on the city’s most central routes as they’re delivered over the next 12 months.