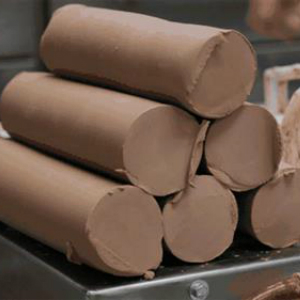 Modelling clay is a favourite of many children, who can craft, re-craft and recycle the pliable material over many years. While a bit more advanced, Ford has employed a similar idea with the clay it uses to model future vehicles: craft, re-craft and then recycle, recycling almost 2,300kg of clay each year.

Even as Ford embraces digital design and new technology, nothing beats building a full-size clay model of a vehicle. These clay models remain an important part of Ford’s creative design process, helping designers spot issues in both the interior and exterior of a vehicle.

“We are constantly being influenced by new technologies, but when we want to view physical properties early in the process, we still turn to clay,” said Lloyd VandenBrink, modeling manager at Ford’s Truck Studio in Dearborn, Michigan. “When a design is still fluid, clay allows immediate reviews and feedback so necessary for working in a collaborative atmosphere.”

And building these models requires a lot of clay. Ford uses around ninety tonnes of clay every year to construct full-size vehicle models. None of this material would have been reused in the past, but during the last five years the company has used a proprietary machine to recycle more than nine tonnes of clay, preventing it from going to landfill.

That is the equivalent of a dozen full-size clay model exteriors. For example, a full-size model built to design the new Raptor was composed of over 850kg of clay – and designers spent 20,000 hours modeling it over four years.

Most of the clay that Ford recycles comes from the milling process, during which designers use a machine to help them shape the silhouette of a vehicle. Since even a grain of sand can affect the finish quality of a model, only clay chips that fall into bins surrounding the vehicle are recycled.

Once gathered, these clay chips are placed in the recycling machine – designed to process only Ford’s unique clay material and nothing else. The machine compresses and churns the clay with multiple blades, removing all the air out of the material. The clay is then passed through a nozzle that is heated sufficiently to return the clay to a consistency so that it can be reused.

Although the design process has been greatly improved by digital software and new scanning technology, clay is still the best medium for tackling changes in car design. When a small or digital model is scaled, there are some aspects that may not translate to full-size models, replicating a full-size model in clay helps to identify issues that may not have been apparent otherwise – such as depth issues on belt line edges.

Ultimately, clay is used to complement the design process. Ford creates models on a computer, milling that surface design onto a clay model, making changes by hand before scanning them back into a computer.

“Computers tend to have a more single user work flow, where clay models tend to be much more collaborative,” said VandenBrink. “A group conversation is a great tool for collaboration and consensus, and clay models do that same thing with design. Everybody can see and explore possibilities together to develop a great-looking model.”