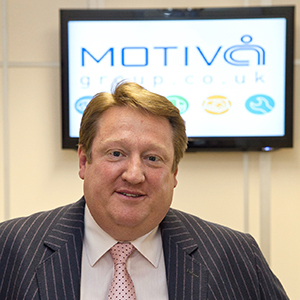 The managing director of fast-growing Motiva Group has been shortlisted for a prestigious business award.

Peter Davenport, who has turned Stoke-based Motiva into one of the largest privately-owned fleet companies in the country, has been selected as a regional finalist in the world-renowned Ernst and Young Entrepreneur of the Year Awards.

Mr Davenport will go head-to-head with 23 others from across the Midlands at a glittering event in Birmingham on May 6.

The winner will go on to compete for the national title, with the chance to represent the country at a global awards ceremony in Monte Carlo later in the year.

The Ernst and Young awards are an annual programme which recognises business leaders who have displayed drive and innovation in a challenging economic climate.

“There’s a great team behind me who are all pulling in the same direction – it’s not just down to me.”

Mr Davenport said: “It’s great to be in the running for such a prestigious award and it’s nice to be recognised in this way.

“We’ve all put in a lot of hard work and that has paid big dividends with the success of the business, particularly last year.

“But while I’m the leader, there’s a great team behind me who are all pulling in the same direction – it’s not just down to me.”

Last year, total fleet increased by almost 20%, with turnover jumping by 10% to more than £35million in 12months.

The company, now have a contract and leasing fleet of almost 5,000 vehicles and access to more than 25,000 through their rental division.

It can now fund fleet purchases and offers fleet monitoring through Motrak along with fuel management, risk management and accident management via MotivAssist.

“We have turned Motiva Group into a one-stop shop for vehicle solutions and it’s paying off for us,” added Mr Davenport.

“We changed our funding policy for rental vehicles and, while that has increased financial risk, it has been a major factor in the rapid growth of the business.

“We also have a ‘people come first’ approach and it’s that customer service element which helps us to stand out from the crowd.”

A panel of independent judges led by Andy Street, Managing Director of John Lewis, will look at a number of criteria for the Entrepreneur of the Year.

These include innovation, strategic direction, the ability to lead and building teams, financial performance, national impact and approach to social responsibility.