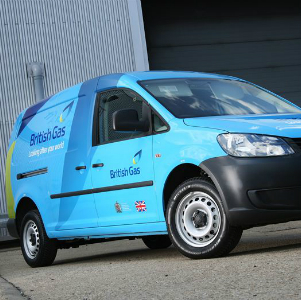 British Gas has enjoyed more than a year of improved traction and mobility across its 13,000-strong commercial vehicle fleet, thanks to Michelin CrossClimate tyres.

The company – Britain’s largest energy provider – swapped its tyre policy to Michelin’s unique summer tyre with winter capabilities in mid-2015. The move came after Fleet Manager Colin Marriott tested the tyre at a launch event in Geneva, comparing the technology to Michelin’s winter and summer tyre ranges, as well as competitors’ all-season tyres.

Marriott says: “Michelin’s CrossClimate tyres have exceeded expectations in all respects. The fitments have clearly improved year-round traction for our wide-ranging fleet, especially in wet weather, and we’ve had nothing but positive feedback from our drivers. Knowing the company’s fleet can get almost anywhere – no matter what the unpredictable British weather throws at us – offers great peace of mind, and helps us keep our customers happy.”

He adds: “In fact, some of our drivers who operate in the most demanding rural environments believe the company no longer needs to operate its small number of specialist 4×4 vans for these areas, as CrossClimate tyres do such a great job keeping the vehicles on the road safely, no matter what the conditions.”

The fitments offer the benefits of a summer tyre for dry or wet braking, energy efficiency and total mileage, while also boasting the braking performance and traction of a winter tyre on cold and snow-covered roads – making CrossClimate tyres perfect for the UK’s often changeable weather.

British Gas has tasked its OEMs to supply CrossClimate tyres on new vehicles where possible, and the company’s replacement tyres are fitted by service provider ATS Euromaster under the policy. 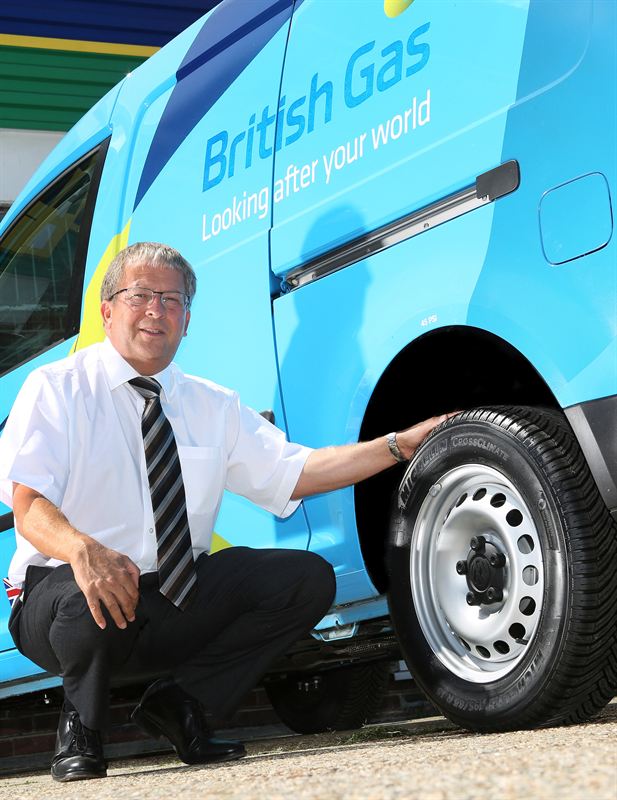 CrossClimate tyres are now available in 35 dimensions, covering in excess of 75 per cent of all car and car-derived van tyres in sizes from 14 to 18 inches. Michelin is currently launching more sizes throughout 2016 across 14 to 19 inches.

With a V-shaped tread and self-blocking 3D sipes, CrossClimate tyres are also designed to optimise traction in snow. Described as a “claw” effect, the vertical and lateral waves of the sipes give the tread blocks greater rigidity, while also benefiting longevity, steering precision and general dry road performance.

Most sizes of CrossClimate tyres have earned the top ‘A’ rating for wet braking on European tyre labels, and several sizes have achieved a ‘B’ rating for rolling resistance, with a noise rating of 68 decibels.