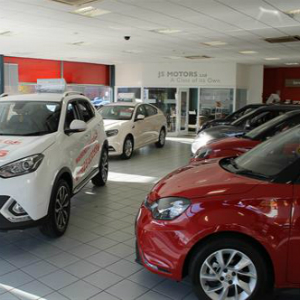 Two dealers from MG’s national franchise network have been recognised for their service and sales excellence at the prestigious Car Dealer Magazine Awards. Taking place at The Brewery in London on 28 November, the highly-acclaimed event is the highlight of the used car calendar.

Brecon Motors, which has been serving the motorists of Wales since the early 1900s, received nominations for the Service & Repair Outlet and Used Car Sales Team categories. Adding to the celebrations, John Stuart & Warrington MG received a nomination for the Used Car Award 2016 (dealership with more than 100 cars).

All three categories are set to be hotly contested, with leading car dealerships from across the UK vying to take home the sought-after titles.

Jonathan Williams, Managing Director at Brecon Motors, commented: “It’s a real privilege to be nominated for two categories in the Car Dealer Awards. As a showcase of the UK’s best used car dealerships, we’re thrilled to have received these nominations as a representative of the MG brand.”

James Drinkwater, General Manager at John Stuart & Warrington MG, commented: “As a family-owned business, we pride ourselves on delivering expert advice, a friendly welcome and the best possible customer service from start to finish. Being recognised in the Car Dealer Awards is not only testament to our hard work, but also the dedication and commitment of each member of staff.”

Matthew Cheyne, Head of Sales & Marketing at MG Motor UK, added: “Having two dealers nominated in the Car Dealer Awards is a huge achievement. Both Brecon Motors and John Stuart & Warrington MG should be incredibly proud of their accomplishments. Everyone here at Longbridge will have their fingers crossed on 28 November!”