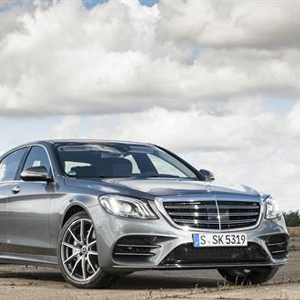 The new S-Class, which was revealed at Auto Shanghai show in China in April, before going on sale in the UK this summer, was praised for its leading luxury and cutting-edge technology.

Keith Adams, Editor of Parkers, said: ‘Since the first W116-generation S-Class hit the roads in 1972, the Mercedes-Benz flagship has been at the cutting edge of technology and comfort. Thanks to the latest facelift, the 2018 model still comfortably sits at the top of the luxury saloon category – pushing aside cars that cost twice as much, and more. It’s a brilliant car, and is a perfect Parkers award winner.’