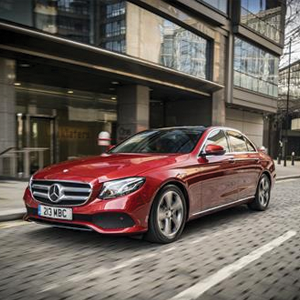 Mercedes-Benz continued its record sales series last month with another best-ever figure of 182,812 vehicles sold in an October (+5.6%).

As a result, the number of vehicles sold in the first ten months of the year increased to a new high of 1,900,112 representing growth of 11.1% compared with the same period of last year. In October, Mercedes-Benz was the premium brand with the most new registrations in several markets including Germany, Italy, Spain, Belgium, Austria, Portugal, Taiwan, the USA and Canada.

“In China, more customers have already been delighted to receive their new Mercedes-Benz than in the whole of last year. And sales were strong not only there: Worldwide, we increased our unit sales by a double-digit rate in the first ten months of the year,” stated Britta Seeger, Member of the Board of Management of Daimler AG responsible for Mercedes-Benz Cars Marketing & Sales.

In Europe, Mercedes-Benz achieved best-ever sales in both October and the first ten months of the year. The brand with the three-pointed star delivered 76,694 automobiles to its customers in the past month (+7.4%) and approximately 800,000 since the beginning of the year (+8.0%). In the domestic market, 25,014 customers chose a model from Mercedes-Benz (+4.3%) in October. In the Great Britain, the second-largest European market, the brand posted new sales records for the past month and the period of January through October. This also applies to the markets France, Spain, Belgium, Sweden, Poland, Austria and Portugal.

In the Asia-Pacific region, Mercedes-Benz surpassed its high unit sales of the prior-year month and set a new record (+5.3%): a total of 67,132 vehicles were delivered to customers in this region in October. Unit sales in the first ten months of the year were 21.1% higher than in the prior-year period, with a new record of 728,263 vehicles delivered to customers. In China, sales rose by a double-digit growth rate and 46,016 customers decided on a car with the three-pointed star last month. Since the beginning of the year, unit sales increased by 27.8% to 488,915 vehicles, so new sales records were set in China in October and in the first ten months. More cars were sold in the period January through October than ever before also in the markets South Korea, Australia, Taiwan, India and Thailand.

Sales in the NAFTA region increased to 34,144 units last month (+3.8%). Sales figures are above the level of the previous year with 323,448 vehicles delivered to customers since the beginning of the year. In Canada, Mercedes-Benz set new sales records in October (+14.6%) as well as in the first ten months (+12.7%). With growth rates of 38.9% last month and 23.7% since the beginning of the year, new highs were reached also in Mexico. In the United States, 28,955 customers took delivery of their car with the star in October and 271,205 in the first ten months.

Sales of the E-Class Saloon and Estate increased to a new high of 27,566 units last month (+9.7%). Since the beginning of this year, the figure for the prior-year period was surpassed by 50% with deliveries of 295,639 units – not least due to strong demand in China.

Worldwide unit sales of the Mercedes-Benz dream cars increased by 12.9% in October. In total 12,593 coupés, cabriolets and roadsters were delivered to customers. The Coupé and the Cabriolet version of the S-Class also belong to the dream cars and can be ordered since October.