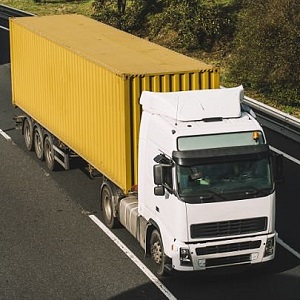 Strict new regulations mean that every diesel lorry over 3.5 tons are required to have a filter fitted to the exhaust. However, some firms prefer to pay £700 or more on a software hack to disable the device.

Channel 4 met with a mechanic from Ecuflash – based in Doncaster who was able to modify the computer in 40 minutes. ‘It’s just a program that we put in the truck that turns it [the filter] off. It’s all plugged in and they’ll never know,’ he said.

The temptation for hauliers to use this solution is that faulty filters can cost as much as £5,000 and up to 2 weeks off the road to fix.

Paul Loughlin, a road transport law specialist and solicitor at the national law firm, Stephensons, said: “The recent probe by Channel 4’s Dispatches programme has highlighted a problem that those in the transport industry were already aware of.

“Historically the Driver and Vehicle Standards Agency (DVSA) have focussed their roadside enforcement practice on areas such as vehicle overloading, drivers’ hours infringements (driving for too long without a break) and the roadworthiness of the vehicle related to safety issues like balding tyres etc.

“However, in June 2017, the DVSA reported that they would be including emissions checks on lorries during roadside checks from August this year after it was found that both domestic and European operators used cheat devices to override selective catalytic reduction technology.

“This is seen as an effective system for reducing the nitrogen oxide (NOx) levels in the exhaust fumes coming from diesel engines. The aim of this technology is to ultimately cut the running costs of lorries for operators.

“The Road Haulage Association is calling on the DVSA to act urgently. Powers of the DVSA in matters of this type start as leniently as issuing delayed prohibitions, meaning the vehicle can be driven away and the operator will have up to 10 days to rectify the issue. It will then be inspected again before the prohibition can be removed. If it hasn’t been rectified it can be taken off the road.

“Given the findings of the recent probe, it is perhaps more likely that immediate prohibitions will be placed on vehicles. As well as this, fixed financial penalties of £50 for flouting emissions regulations could be issued by the DVSA and doing so in low-emission zones could see lorries, buses and coaches over 3.5t hit with £1,000 Penalty Charges Notices by the local transport authority. Most concerning to haulers, is the potential for the matter to be called before the Traffic Commissioner.

“The Traffic Commissioners of Great Britain have shared priorities, one of which is ‘to consider, and where appropriate impose, traffic regulation conditions to prevent danger to road users and/or reduce traffic congestion and/or pollution’.

“HGV operators found to be deliberately manipulating this device could potentially find themselves before the Traffic Commissioner at a Public Inquiry when their ongoing eligibility to operate the vehicles they own could receive sanctions ranging from a formal warning right up to revocation of their operator’s licence.

“At present there is no sanction against those who sell the device as it is not an offence to do so. Many companies offering this device go as far as to have disclaimers on their websites to warn against using the device in certain countries and advise the consumer to satisfy themselves of the local law. Others may not take this approach and some may even go as far as to advise on how best to use the product to evade the authorities.

“As far as hauliers and operators are concerned the threat of regulatory sanction is real and is current.”