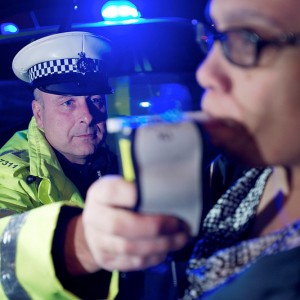 LENIENT: Should penalties be harsher?

A local MP has received a national road safety award by Brake and Direct Line Group for his work campaigning for tougher drink-driving penalties.

Rehman Chishti, MP for Gillingham and Rainham, launched his campaign following concerns about the high numbers of drivers being caught and the inadequacy of criminal sanctions for persistent offenders.

Last Christmas, more than 220 people were caught over the limit in Kent and Medway in one month.

His Bill called for drivers to receive a prison sentence of up to two years if convicted for a third time or more.

Currently, the maximum sentence a drink driver can receive – unless they cause a death or serious injury – is six months in prison, no matter how many times they offend.

Mr Chishti’s Bill received an unopposed first reading, and a second reading of the Bill is scheduled for the November 22, 2013.

He has also discussed the Bill and the issue of drink driving with the road safety minister Stephen Hammond and justice minister Jeremy Wright.

In September, in response to annual figures showing a 17% rise in drink-drive deaths, Rehman wrote to The Times, arguing the courts need more powers to tackle persistent drink-drivers.

“Tougher penalties help to deter people from breaking vital safety laws, which is critical in reducing the number of people tragically killed or hurt on our roads.

“Drink driving remains one of the biggest killers on UK roads: it’s an abhorrent crime that continues to end and ruin lives daily, and our laws should reflect that.

“We need to send a strong message that society will not tolerate the dreadful suffering caused by drink driving.

“We are delighted to recognise Rehman’s determined hard work raising awareness and pushing for change on this issue, and will continue to support his efforts until we see a change in the law.”

Mr Chishti added: “Too many people are still being killed or seriously injured on our roads as a result of drinking and driving.

“To tackle those who persist in drinking and driving, we need to give the courts the additional powers they need.

“This award will help to focus attention on this very important road safety issue and I would like to thank Brake for supporting this campaign.”