The Link Between The Winter Blues And Over-Optimistic Car Prices 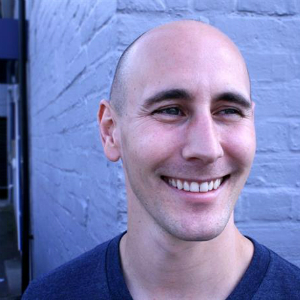 Expectations are highest just as values are lowest when motorists sell their car in the winter, according to a new study.

It means we expect to get even more for selling our cars than usual at the very moment we are least likely to – and that leaves sellers more disappointed in the winter months than at any other time of the year.

Wizzle – a website which helps motorists sell their car directly to dealers – calls it a winter price gap.

Motorists who sell their car on Wizzle.co.uk are asked what price they hope to achieve for their motor as well as being provided with an independent realistic market value.

Analysts at Wizzle have now identified a psychological winter price gap which sees consumers hoping to get MORE for their car than in the  – just as the real value falls to its lowest point in the year.

Crunching the numbers for cars sold between September and mid-January reveals that the gap between sellers’ expectations and the final price they actually sell for grows to almost eight per cent. That compares to less than one per cent in October.

But it isn’t the market falling – it’s their expectations rising.

In October the difference between what motorists hoped to sell for and the final price they received was, on average, just -0.7%.

During November that gap grew to four per cent even though the market only fell by three per cent.

By Christmas the difference had stretched to six per cent and in mid-January it was nearly eight per cent.

But it was nothing to do with real car values in the market because they were only down by around three per cent.

Wizzle’s comparison of consumer expectations – or hopes – for the value of their car and its real value is believed to be the first time the phenomenon has been identified and it could help both dealers and consumers to better understand each other during the usual winter market slowdown.

Compared with Wizzle’s independent predicted values,  provided by experts CAP-HPI, analysts found that dealers began reducing their offers in November – as they always do at auction and in forecourt trade-in negotiations.

But consumers’ hopes for a higher sale value actually began to increase so that by mid-January the gap had widened to an average of 7.7%.

Sébastien Duval (Pictured), founder of Wizzle, said: “We were intrigued to find that the price expectations of our sellers actually rise in the winter.

“Our guess is that the gloom of a long British winter makes us all look for reasons to be cheerful. Hoping that our car might be worth a bit more than it really is might be one of the ways we do that.

“What’s ironic is that this happens just at the moment when sellers are likely to get a bit less for selling their car and that’s why we call it a winter price gap.

“It will be interesting to see if sellers’ price expectations stop rising once the spring comes and we have better weather and longer days to cheer us up.

“We’ve already seen the prices paid for cars increasing as they always do in January, so that’s an early reason to be cheerful.”