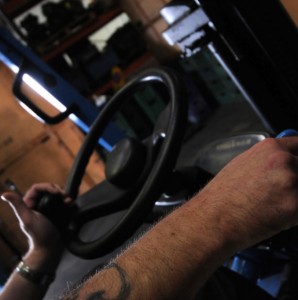 A Lincolnshire farming business have been fined £165,000 for safety failings after a manager was crushed to death by a forklift truck.

Peter Barney, 58, of Broadgate, Weston, was killed on October 31, 2010, after being struck by the forklift at Middle Farm on Mill Marsh Road, Moulton Seas End.

His employer, Lincolnshire Field Products Ltd, were prosecuted by the Health and Safety Executive (HSE) after investigators found the company did not have effective measures in place to allow vehicles and pedestrians to move around the site safely.

Lincoln Crown Court heard last week that Mr Barney was making his way to a potato grading shed when he crossed the path of the forklift, which was being driven by an employee.

He died at the scene.

Safety consultants had carried out a risk assessment in 2003 which highlighted the need for pedestrians and vehicles to be segregated, but the firm did not fully implement the findings.

Lincolnshire Field Products Ltd, of Wool Hall Farm, Wykeham, Spalding, were fined £165,000 and ordered to pay £39,500 costs after pleading guilty to two breaches of the Health and Safety at Work etc. Act 1974.

“Employees on foot were using the same doorway as the forklift truck, which meant there was a significant risk of them being struck.

“The company should have managed the yard so that people and vehicles were not sharing the same space.

“Sadly, Mr Barney lost his life because this simple procedure wasn’t in place.”