A Lifetime Behind The Wheel 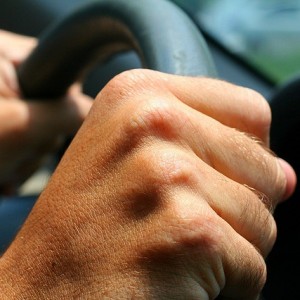 British drivers will clock up enough miles to travel to the moon and back during a lifetime behind the wheel, new research has found.

The average UK motorist will drive almost 600,000 miles in their lifetime, researchers for Leasecar discovered.

It analysed data to get a clear picture of how much ground motorists cover in all their years behind the wheel.

Existing figures show an average annual mileage of 9,115 miles, which equates to 592,475 miles over 65 years of driving.

This easily covers a return trip to the moon, which has an elliptical orbit around Earth but is on average 238,855 miles away.

With the earth’s equatorial circumference at 24,901 miles, this means that the average Brit will drive around the globe almost 24 times before retiring from the road.

For company car drivers, the distance is even further – 18,266 annual miles over a 40-year career is equal to 29 circumnavigations.

The cost of car insurance also mounts up over time. Based on the current record high average premium of £485 a year, Brits will spend £31,525 insuring their vehicles throughout their lives.

And an hour of researching the market at renewal time every year adds up to over two and a half days over 65 years.

Petrol prices vary regionally, however, and drivers in the South East will pay the most for their fuel while those in Northern Ireland get the best bang for their buck.

Tim Alcock of Leasecar said: “We all know driving is expensive but it was only once we crunched the existing numbers that we got a real understanding of just how much it costs us in time and money.

“When you realise that you could drive around the world 24 times in your motoring lifetime, or spend the cost of a small house on fuel, it definitely hammers home how important it is to be efficient in your driving and take the expenses seriously.

“Obviously there will be a lot of variation based on where people live, the car they drive, changing prices over time and so on, but the figures we’ve come to based on averages and existing data really gave us pause.

“It’s definitely worth doing your research on things like fuel efficiency when you’re buying a new car, or switching to a better deal when it’s insurance renewal time.

“If you want a few tips for better fuel economy, remember to check your tyre pressure regularly, don’t be harsh on the braking and accelerating, and don’t rev the engine.

“Doing your research and changing your driving habits could add up to really staggering differences over decades of driving.”