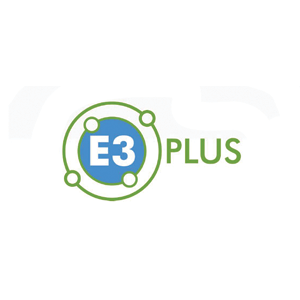 Drywash Europe, the UK based nanotechnology fuel innovator, is promoting a revolutionary product which, says the company, will reduce fuel consumption, improve performance and cut harmful emissions for all types of diesel engine.

A REVOLUTION in NANOTECHNOLOGY for FUEL

KEY FACTS
E3 PLUS nanotechnology improves the way diesel fuel combusts in the engine. This can equate to a fuel saving of 4+% although results can be closer to 10%. As a direct result, this reduces consequential emissions.

Faster and more efficient fuel combustion achieved with E3 PLUS, promotes maximum fuel energy to power conversion, creating an increase in low-end torque, so less power is needed to start and maintain the momentum of the vehicle.

For example, and simply put, to drive at any given constant speed less fuel throughput is required to maintain that speed. This immediately translates to an increase in MPG.

A more complete and overall reduction in fuel combusted, directly results in a reduction in emitted CO2 and also reduces other emissions such as HC, CO and Particulate Matter output.

DESCRIPTION
E3 PLUS nanotechnology units are small ceramic bars made up with 15 natural minerals including 40% silicate materials which are baked at 1600oC.

E3 PLUS is a patented nanotechnology and is not a fuel additive.

E3 PLUS bars sit on the floor of the fuel tank and do not compromise engine or vehicle warranties as they are not attached to, or change the vehicle in any way.

The bars are guaranteed to function for 5 years and are completely maintenance free.

THE PROBLEMS E3 PLUS ADDRESS
All hydrocarbon fuels degrade over time.

Because fuel is often ‘held’ by manufacturers or distributors after refining and before delivery, for stock flow, price and demand fluctuation reasons, one can never be sure just exactly how old fuel is upon purchase. Imported fuel could have been at sea for 3 months before even landing.

With the reduction of sulphur in fuels (ULSD) for environmental considerations and the introduction of Biofuel to the blend (5% minimum), fuel degradation is faster and a bigger problem now than ever before.

Commonly and where microbial activity is present the microbes consume energy from the fuel. All this adds up to a potential loss of up to 14% energy content/calorific value within 3 months from refining. This loss rises as time progresses. Calorific loss has a direct translation to vehicle fuel economy.

Visually, discolouration of the fuel is the first sign of fuel degradation. As degradation progresses, thickening of the fuel takes place (increased viscosity and decreased filterability) and sludge forms, caused by extended hydrocarbon chains (the combustible and separate energy molecules are chains that, over time, join together to form tangled bundles or clumps of the chains).

As the clumps gain in size and weight, they slowly sink to the bottom of the tank, all the while converting to sludge. This is universally called ‘agglomeration’.

Agglomeration binds small particles into larger clumps that become harder to filter and combust. This is caused by the natural progression of fuel reverting back to its pre-refined state and it starts the moment refining ends. The older the fuel is, the more agglomeration and viscosity has increased and so the greater the problem.

This all leads to more throttle being applied to achieve engine performance from fuel to power conversion, consuming more fuel and raising smoke and emissions output still further.

When fresh fuel is added to the tank, the new fuel is tainted by the sullied fuel and conditions already in the tank. Maximum benefit and value of the new fuel is immediately diminished – and so the cycle continues.

Increased carbon deposits in the engine are caused by incomplete combustion of degraded fuel, which reduces fuel flow and efficient combustion even more.

HOW E3 PLUS WORKS
When E3 PLUS nanotechnology contacts with the fuel (Diesel, Petrol, etc.), it safely reverses and prevents degradation by restructuring the fuel molecules back to their original refined state so they burn and vaporise quicker, more completely and cleaner in the combustion process.

The ceramic bars emit patented (No. 10-0902676) nano particles – Far infrared radiated pulses (wavelength 1-20μ) and E3 anions (5,000 ea/cm3+), to increase the energy density of the fuel whilst keeping the fuel within EN standards.

The ongoing ionization causes the fuel molecules to remain stable in this fresher state, preventing them from conjoining and returning into the larger, less combustible clumped fuel chains.

This positive fuel improvement by E3 PLUS is the only effect of the technology. It has no effect on anything with the vehicle itself. It’s just the energy density, viscosity and filterability of the fuel that is restored, enabling better fuel flow, combustion and resulting engine performance.

1. One study resulted in the subject HGV Tractor unit producing an increased MPG from 5.92 before E3 PLUS to 7.18 after, with a fuel saving return on investment calculated at about 5.7 weeks.

2. Another HGV Tractor unit study resulted in around 2,600 litre fuel saving projection over approximately 169,000 KMs for the subject vehicle over 1 year. Payback of E3 PLUS was calculated at roughly 7.3 weeks.

3. MPG results of a third HGV Tractor unit showed average MPG improvement of 5.8% from before to after E3 PLUS. Payback calculation was 10 weeks.

4. Fuel efficiency recorded on another Tractor unit improved by 9.5% during 11 weeks with E3 PLUS giving a return on investment in 26 weeks.

Among others, two of the most significant aspects of fuel quality that affect combustion and efficiency are fuel density and viscosity”.

Test conclusion and hypothesis
“Findings conclude that the impact of E3 PLUS on fuel viscosity and density will affect two aspects of fuel, resulting in improved filterability and performance.

Conclusion
“While fuel is exposed to the E3 PLUS bar, there is a distinct improvement in the density and viscosity of the fuel sample as is typically found in tank bottoms.”

“The hypothesis concludes that the E3 PLUS bar introduces a passive energy that will build up to systematically reverse the effects of fuel degradation.”

“Discolouration of the fuel is a clear indicator of the state of the fuel. The heavier fuel will always settle towards the tank bottom while the ‘fresher’ fuel accumulates at the top. Using E3 PLUS, we would expect a better quality fuel to recover to an original refined state faster.”

COST
E3 PLUS is a low-cost solution providing a unique opportunity for significant fuel cost savings to the fleet operator. E3 PLUS cost varies according to fleet circumstances and requirements. Typical return on investment per vehicle however, is within 12 months.

APPLICATIONS
Applications of the technology are far reaching.

All hydrocarbon fuelled internal combustion engines can benefit from E3 PLUS nanotechnology.

For high volume fuel tanks and usage there are other styles of E3 PLUS nanotechnology products available using the same nanotechnology, but with different methods of delivery.

TARGET MARKET (Road transport fleet operators)
E3 PLUS is a solution for vehicle fleet managers and operators who want to reduce fuel costs and emissions when using hydrocarbon fuelled vehicles.

This is an ideal solution for all vehicle fleets – especially when using their own stored fuel supply.

Diesel fuelled fridge trailers will especially benefit from the use of E3 PLUS. As fresh fuel burns more efficiently than degraded fuel, less of it is drawn into the combustion chamber to produce the required power level. Reduced fuel consumption means more running time per litre of fuel – with lower cost and associated emissions.

Standby major incident emergency vehicles, veteran and other occasional use vehicles can notably benefit from this technology. Draining the fuel tank (disposing of old and replacing with new fuel) while in storage is not necessary with E3 PLUS in place.

ENVIRONMENT
E3 PLUS is a perfect solution for any fleet operating organisation endeavouring to grow and/or increase profits whilst at the same time, reducing environmental impact and preserving an ethical public relations profile.

E3 PLUS can increase vehicle MPG/KPL while reducing fuel cost and emissions output.

All of these gases and contaminates are harmful to our health and quality of life, we breathe them in daily. Pollution levels in over 40 towns and cities across the UK breach global safety limits set by the World Health Organisation (WHO) and contribute to some 40,000 premature deaths and six million sick days a year in the UK, according to a major report in ‘The Lancet’ medical journal.

They also contribute to Global warming and climate change so emissions reduction by any, and all means is absolutely critical, especially as The World Meteorological Organisation (WMO) has stated that the concentration of Carbon Dioxide (CO2) in the Earth’s atmosphere increased at a record rate during 2016 and was at the highest level in history.
ends.

EDITORS NOTES
Drywash Europe Ltd has been appointed as a national UK distributor for the supply of E3 PLUS nanotechnology products.

Measuring 1.7cm x 8.2cm x 0.5cm, the ceramic bars are for insertion into the fuel tank by removing the fuel pump assembly or through the filling hole by removing the filler cap and anti siphon device. Once the bars are inserted, the removed components are re-fitted. The procedure should be performed by a qualified vehicle mechanic/engineer and takes about 15 minutes.

Weighing 32gms each, the ceramic bars sink to the tank floor and cannot float. They will not affect the fuel pump, or interfere with the fuel sender or any other fitments.

One E3 PLUS ceramic bar is required for each 15 litres of fuel tank capacity.

Once in the fuel, the ceramic bars are guaranteed to be operative 24 hours a day for 5 years and are effective between -80oC and +400oC. They will not disintegrate, break down or decompose in normal conditions and use. At the end of the 5-year life cycle, the bars are easily removed and replaced.

Both E3 PLUS technology and products are harmless to humans, animals and the environment, and are guaranteed to be completely safe to use with both hydrocarbon fuels and engines.

One nanometer is a billionth of a metre in size. Comparatively, that is the same scale as one toy marble in relation to planet earth. There are 25.4 million nanometers to one inch (1 millimetre = 1 million nanometres). E3 PLUS safely separates, restructures and ionises fuel molecules at this nanoscopic atomic level at a scale between 1 and 100 ‘toy marbles’.

E3 PLUS is neither a fuel, nor an oil additive – the technology adds nothing to the vehicle itself, the fuel or the engine sump lubricant.

Diesel fuelled agricultural and construction machinery to Military vehicles, and marine – from pleasure craft to deep sea shipping can all benefit from E3 PLUS nanotechnology. Rail applications such as diesel engines can also benefit.

Occasional use applications such as Critical Power stand-by generators located anywhere from data centres to hospitals – governmental to military installations etc. – anywhere where fuel is stored for occasional or emergency use.

Seriously degraded stored fuel can block filters, partially or not ignite, potentially resulting in the failure of the power unit to start. E3 PLUS removes this risk.

E3 PLUS both revives degraded fuel to a clean condition and prevents clean and cleaned fuel from degrading. It returns and maintains fuel in a freshly refined condition specified by EU standards EN590 (Diesel) and EN14214 (Biodiesel). This includes restoring and maintaining calorific and cetane values set out in those standards.

E3 PLUS is the perfect solution to rejuvenate and maintain fuel in short, medium and long-term fuel storage applications.

The technology destroys fuel degrading microbials and their biofilm habitat in both fuel and fuel storage facilities. Microbials and biofilm can also slow fuel flow, block filters and affect combustion.

Case studies & testing – Non Disclosure Agreements (NDA) do not allow for the publication of the Company names involved, although we are permitted to publish some of the findings data.