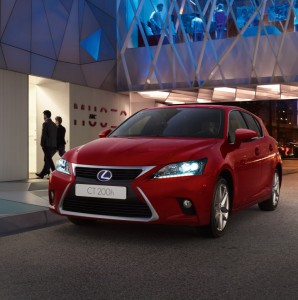 Priced from £20,995 and released in March, the six-strong lineup will benefit from styling, handling and equipment improvements.

The S version will boast new class-leading low CO2 emissions of 82g/km, while VED exemption and 10% first-year BIK taxation apply across the range.

The current range of six model grades – S, SE, Advance, Luxury, F Sport and Premier – is retained, with the addition of some new equipment features and options.

Its most noticeable styling change is the wider and lower signature grille, with the vehicle also gaining new detailing, wheel designs and shark fin antenna.

In the cabin, a new slimline centre-console seven-inch monitor has been added, alongside a new steering wheel adopted from the new IS.

Elsewhere, a GPS-controlled clock is provided on higher-grade models and the Lexus Navigation package is offered as an alternative to the established Premium system.