Kia named Manufacturer of the Year by NFDA 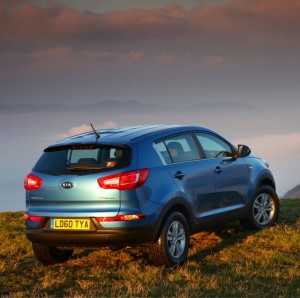 Kia are celebrating after being named Manufacturer of the Year by the National Franchised Dealers’ Association (NFDA).

The manufacturer beat off competition from BMW and Land Rover to claim the award – now in its second year – at the NFDA’s Autumn Ball.

Kia were awarded the title after outperforming all the main volume brands on numerous topics, being rated by NFDA dealers as one of the top three most attractive franchises.

The NFDA paid tribute to Kia’s strong relationship with its dealer network, ‘resulting in consistently high scoring in the survey’.

Paul Philpott, President and Chief Executive of Kia Motors UK, said: “The two bi-annual NFDA surveys are vital measures for us – they allow us to look at our relationship with our dealers in detail and provide a key indication of how our systems and processes are seen by dealers.

“So to receive this honour on top of a good performance in the 2013 Summer survey really is a great pleasure and it will be greatly valued by everyone within the operation.

“We will be trying very hard to maintain and improve our performance and win this honour again next year!”