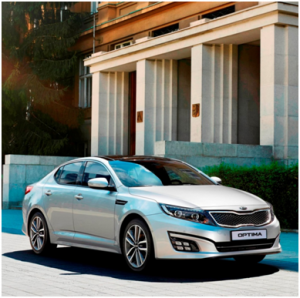 Kia are planning a small-scale introduction of upmarket models in Western Europe as a prelude to their possible permanent introduction in 2016.

Currently, the Korean company’s largest offering in Europe is the Optima, a family saloon, known as the K5 in its homeland.

Kia also have two larger cars in their range – the K7 (or Cadenza), similar in size to BMW 5 Series, and the luxurious, technology-laden K9.

Soon-Nan Lee, Vice-President for Overseas Marketing at Kia, said:  “The Cadenza is the car Kia is contemplating putting on trial in Europe to see how it is received.

“We would like to introduce 1,000 units to get feedback from customers.

“In 2016 there will be the next Cadenza and this is the car we could bring to Europe.

“We are studying right-hand drive for Australia, the UK and South Africa and other markets.

“If the next Cadenza does come to Europe it could bring some of the state-of-the-art technology from the Quoris, including active safety systems, a sophisticated head-up display unit, a multi-display TFT LCD instrument cluster and VIP rear seats with heating, cooling and electronic reclining.”