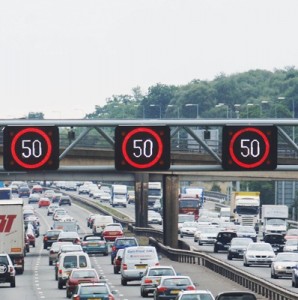 Drivers could spend up to three times longer on the road this festive season thanks to workers keen to make their Christmas getaway.

According to INRIX data, this year’s Christmas exodus will be busiest between 12pm and 5pm on Friday, December 20, with a whopping 20million drivers on the road at one time.

The South East is predicted to be worst hit, with congestion on major routes set to be up to four times more severe.

Chris Lambert, UK Traffic Analyst at INRIX, said: “The M25 will see the worst traffic ahead of the Christmas period – on Friday, December 20, a typical one hour journey clockwise around the western stretch is likely to take three times longer.

“Drivers should expect heavy traffic on routes heading to the UK’s major airports, especially Heathrow, which on December 20, one of the busiest days for most airlines, could see a one hour or more delay on the M4 as well as on the A4 as far back as White City in Central London.”

The second busiest day on the roads before Christmas, according to INRIX data, will be Thursday, December 19, with the heaviest traffic expected between 4pm and 6pm.

“If you must drive on the busiest days our advice is to seek alternative routes,” added Mr Lambert.

“Even if the route is longer it could be less congested – the shortest route isn’t necessarily the fastest.

“Alternatively drivers are advised to travel before midday on December 21 and 22, or better still on Monday, December 23.

“It is vital that drivers plan ahead.”

Congestion is expected to extend beyond the South East on December 19 and 20.

Northbound on the M1 will be particularly busy through the East Midlands, claim INRIX, adding two hours to a journey from Leicester through Nottinghamshire.

The M6 northbound between junctions four (M42) and 17 past Sandbach could see delays of up to an hour.

Meanwhile, the M56 heading to Manchester Airport could also experience congestion with delays of 30minutes or longer.