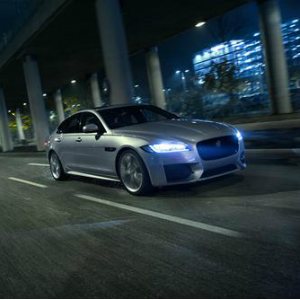 The Jaguar XE has seen off the competition to emerge triumphant in its class at the UK Car of the Year Awards, being named 2016’s Best Executive Car.

The UK Car of the Year Awards are voted for by a panel of 27 of the UK’s leading and most-read motoring journalists, with the judges hailing the XE for its fantastic driving ability, styling, engines and its outstanding total cost of ownership.

Paul Hudson, UK Car of the Year judge and Deputy Head of Cars at Telegraph Media Group, said of the XE:“Few cars were as strongly anticipated as the XE. It’s such a tough market and therefore difficult to crack. The Jaguar XE makes you feel special. It’s got good engines, an excellent ride even on larger wheels, and is great to drive. It makes a fine private or company car purchase.”

The Jaguar XE has picked up a host of awards since its launch, having also recently been named as one of only seven cars on the shortlist for the European Car of the Year award.

Jaguar Design Director Ian Callum said: “The executive car class is a fiercely competitive and long established one in the UK, but when we launched the XE we were confident it had what it needed to appeal to a demanding set of buyers. It looks sporty, and is stylish and elegant inside and out. We are honoured that the UK Car of the Year jurors, some of the most influential car experts in the UK, have endorsed the XE with the title of Best Executive Car for 2016.”

Already hailed as the best driver’s car in its class, the updates to the XE for the 2017 model year have enhanced this further. It now comes with key specification additions; including an all-wheel drive (AWD) system, which is available to order on the 2.0-litre 180PS diesel variant. The AWD enhance vehicle dynamics and improve traction, and Adaptive Surface Response (AdSR) to optimise the AWD system by changing the powertrain and Dynamic Stability Control system mapping according to the conditions.

The 2017 model year XE also comes with a state-of-the-art InControl Touch Pro infotainment system with a 10.2-inch tablet-style touchscreen that offers intuitive operation, super-fast response times and intelligent navigation. The system offers a Wi-Fi hotspot for up to eight devices, and is compatible with an Apple Watch app, that offers remote functions including fuel level check, lock and unlock, and even remote engine starts.